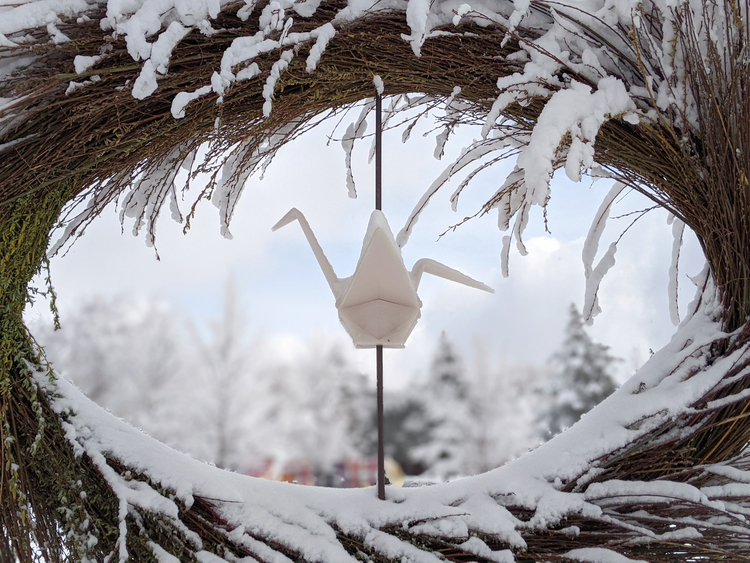 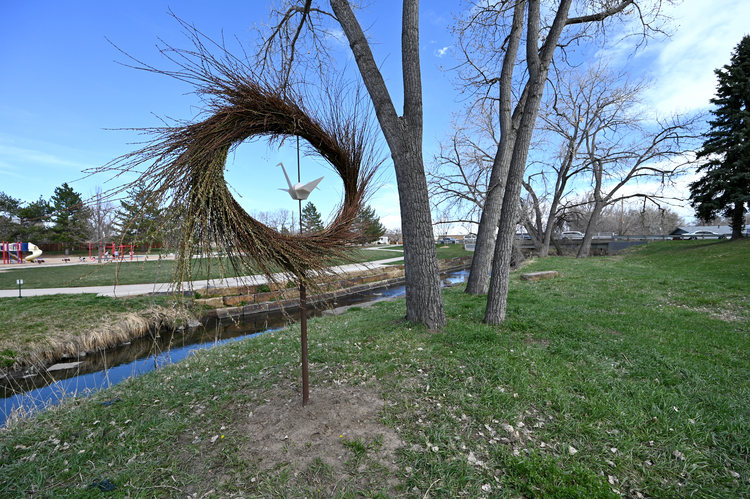 The Japanese have a practice called Senbazuru, a prayer for peace or healing made by folding 1000 origami cranes. The tradition has come into Western consciousness through the story of Sadako Sasaki, a young Japanese girl who died of leukemia as a result of radiation exposure in the bombing of Hiroshima. A peace monument in her honor now stands in Hiroshima.

I was born in Japan about the same time that Sadako died. Although the physical destruction of the bombings had long been cleared away by the time I was born, the consciousness of the potential for destruction that had been unleashed on the planet with the introduction of the atomic age remained.

When I was about 3, my parents took me to the Festival of Odon, which is the Japanese equivalent of Dia de los Muertos, in which they honor the spirits of their ancestors. While taking part in the traditional dance of Bon Odori, I had what I now understand to have been a vision of the souls of those who died in the atomic blasts at Hiroshima and Nagasaki. Of course, I didn’t understand what I was seeing at all. It just became a terrifying memory that I managed to mostly repress. As I grew up, I often wondered what my parents had been thinking, taking me to such a terrifying event with all those people in horrible masks racing up and screaming at me. Much later, when I researched the Festival of Odon, I realized that I was the only one who had seen those things.

It wasn’t until I was on a vision quest as part of my initiation as a shaman, that I was able to face those memories and truly understand that even at that early age, I had intuited the horrifying monster that had been set loose on humanity. It seemed to me that committing to Senbazuru, the creating of 1000 origami cranes was an appropriate response to that recognition.

I created a computer model of an origami crane which I could 3D print. Since then, I have been 3D printing cranes; each one sent out into the world with the intention of bringing peace and healing. This sculpture, “Nesting Crane” stands as a token of this intention and is my statement of hope for the Earth and that humanity can step up to a place of wisdom in which we can make the difficult decisions that need to be made in order to reduce our carbon footprint, reverse climate change and avoid mutually assured atomic destruction.