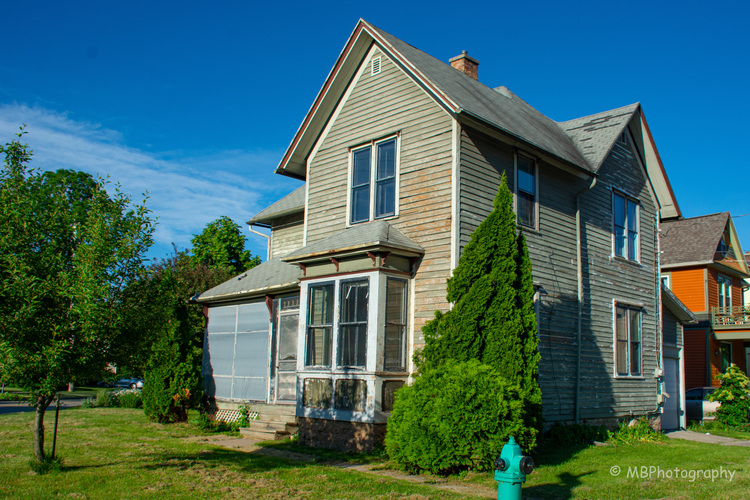 The small triangular block where this 1889 Queen Anne style home stands was originally used exclusively for the stables of the Whorton and Goff mansions on the river side of the street.  This home was the first one built on the block and starts a transition to middle class housing on Prospect Avenue.

It was constructed for Anthony Hoeffel, who, born in Germany, was an early Wisconsin settler.  After his daughter Mary wed James Ritchey in 1892, the couple lived in the house from 1896 to 1901.  James, the son of Irish immigrants, became the superintendent of schools in Outagamie County, having worked his way through high school in Appleton and the State Normal School in Oshkosh, and then through the teaching ranks.  James was also in the boot and shoe business with his brother-in-law Peter, who lived next door on Sixth Street.

The middle class clapboard house features an "L" shape and hipped roof profile along with a front facing gable and a hipped roof bay.  Surviving Queen Anne decorative elements include the scroll bracketry under the bay and porch roofs.

This home is located in the West Prospect Avenue Historic District which is listed in the State and National Register of Historic Places.