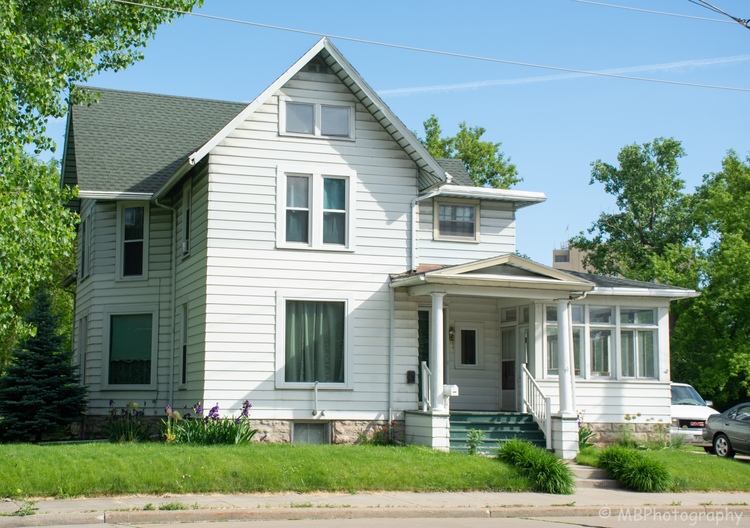 This Queen Anne Style home was built in 1884 for Henry and Emily Holbrook.  Although it has been stripped of its decorative elements over the years, the home still exhibits many of the hallmarks of Queen Anne Style.  This includes an overall asymmetric design, a long transverse gable, a front gabled facade, large single pane fenestration, and a side veranda (if it is not a later addition) that at one time could have been open.

The original owner of the home, Henry Holbrook, was a grain dealer.