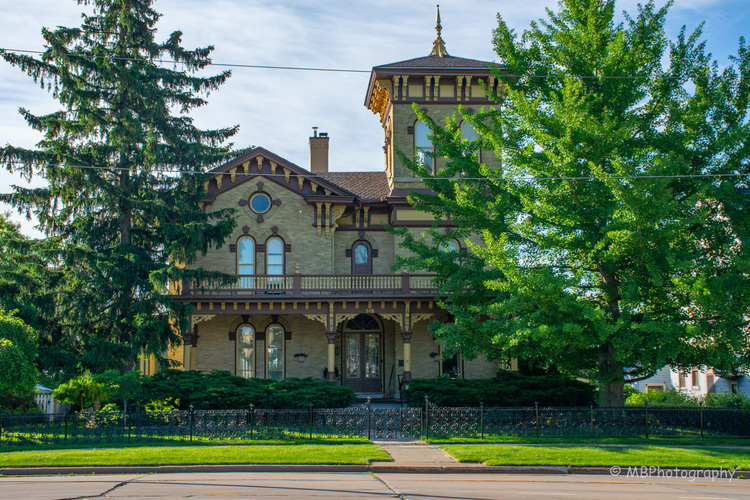 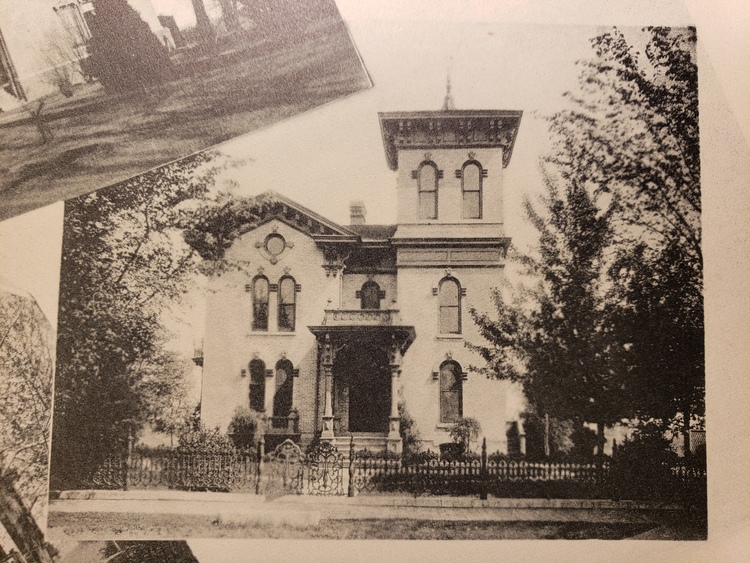 Like his brother William, as well as John Van Nortwick (both of whom are covered in the next stop), in many ways John Whorton’s career mirrors the economic development of the Fox River and the evolution of Appleton industries in the 1870s and 1880s.

John Whorton and his brother William arrived in what they termed the Territory of “Westconstant” in 1850 from their native New Brunswick.  Both were lumbermen and they quickly recognized that the Fox River was perfectly suited for the lumber business.  The surrounding area was covered in forests.   There was almost unlimited power for waterwheels to turn saw blades.  Plus, there were flour mills already standing along the river employing a trained workforce.

In 1850 they lacked the capital to invest in lumber but by 1855 they purchased a half interest in an Appleton flour mill.  Selling that venture in the 1860s gave them the capital to buy timber land along the Wolf River (which lies to the north and west) and to build a sawmill on the Fox.  The success of that business allows the brothers to build their homes here on the bluff.

After decades of success, the lumber industry began to fade.  Like many in Appleton, John and William Whorton transitioned to the paper business, helping to organize the Fox River Paper Company in 1882.  This means that the Whortons were prominent in all three of the city's leading industries in the nineteenth century:  Flour, lumber, and paper.  John went on to become a major stockholder and President of the Commercial National Bank and a trustee of Lawrence University.

The beautifully restored house features a variation of Italianate architecture called the Italianate Villa style.  The distinguishing feature of the variant is the three-story square tower and observatory with a hipped roof.  The house also exhibits large overhangs and prominent paired scrolled bracketry, hood moldings with pronounced key-stone arches, and an oculus on the front gable.  The front porch dates from 1895 and replaced a stone portico.  The home is on the National Register of Historic Places for its significance in commerce and architecture.