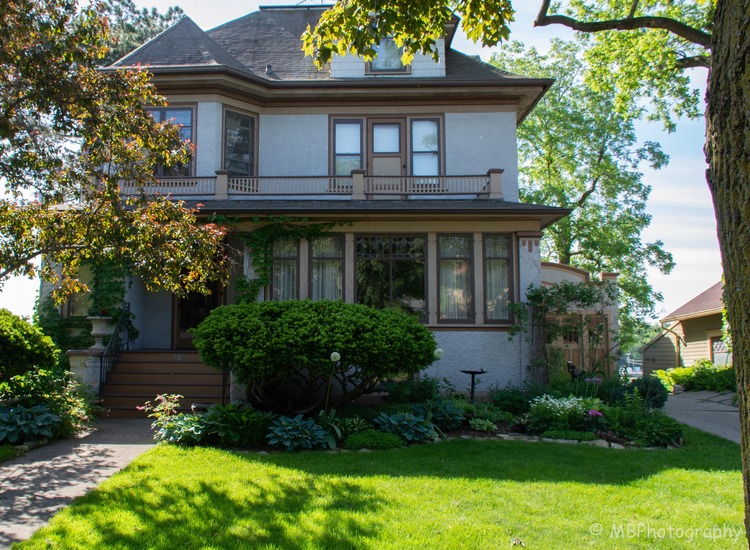 Also listed in the West Prospect Avenue Historic District, on the State and National Registers of Historic Places, is this American Foursquare / Queen Anne style home.  Constructed with ornamental concrete block, it was built in 1910 by noted Appleton painter and sculptor William Sheer and his wife Francis.

William was trained as a church decorator by his father.  His artistic talents were recognized throughout the United States.  Many area churches contain examples of Scheer's work including Saint Joseph's Catholic Church at 404 W. Lawrence St., located six blocks to the north in the Old Third Ward.

The Scheers lived in this home for almost 50 years.