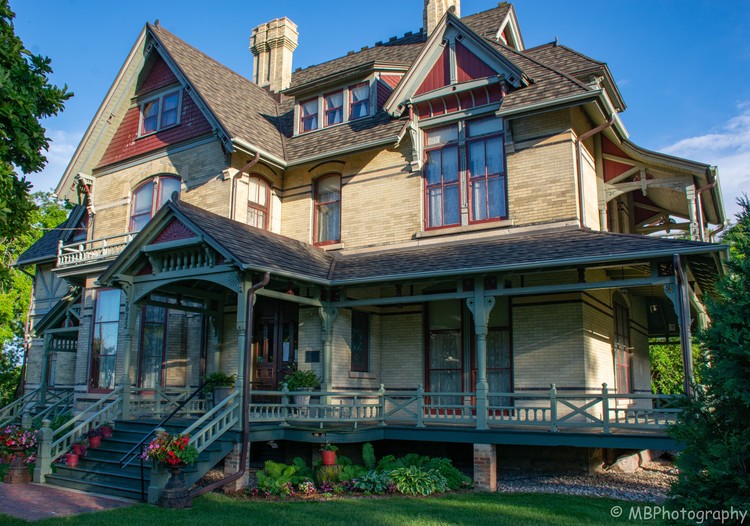 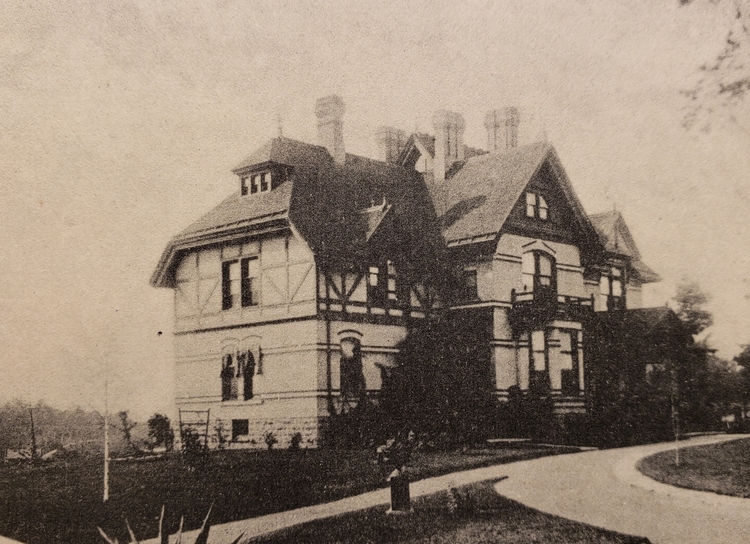 "Hearthstone" The Home of Henry and Cremora Rogers

Built in 1882, this home is acclaimed as one of the best examples of Queen Anne Victorian style architecture in the state.  Designed by famed architect William Waters, the home was the first private residence anywhere in the world to be illuminated using hydroelectricity from a central Edison system.  The switch was thrown on September 30, 1882 only three weeks after the first large scale Edison central station, which was powered by steam, was made operational by Edison himself in New York City.  The house still contains the original Edison electroliers manufactured by Bergmann and Company, original light switches, and some of the world's only examples of original Edison wiring in situ.  It is the sole remaining building of any type from the dawn of electricity.

Electrifying the home was the work of Henry Rogers, a visionary paper baron who drove the creation of the "Paper Valley" along with men like Kimberly and Clark.  Rogers invested the vast fortune he made, first from silver mining in Colorado in the 1860s, and then in banking and financing the expansion of the Transcontinental Railroad in Wyoming in the 1870s, into the residence.  He filled it with new technologies, like electric lighting, and works of art.

The exterior of the home features many of the hallmarks of Queen Anne style architecture.  These include:  An overall asymmetrical design; a steeply pitched, cross-gabled roof; dominant gable ends; and bay windows.  Another hallmark is the multi-faceted façade featuring a variety of decorative elements including brick banding, patterned shingling, and half timbering.  The wrap-around veranda, detailed bracketing and other millwork, a variety of window arches, large single pane windows, and roof cresting are all also features of Queen Anne design.

The fully restored, sumptuous interiors feature painted ceilings, breathtaking original woodwork, a restored 1882 kitchen, and a restored1882 master bath.  The residence is on the State and National Registers of Historic Places for its technological, historic, and artistic significance.  Guided tours are available Thursday through Sunday.  Please see Hearthstone Museum dot org for details.