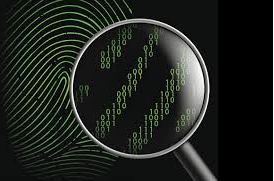 Take a drawing from the file folder.  Mark the locations of all of Jose Diaz' injuries. On the back side, list what forensic tools you would use to solve this crime.  See Mrs. Williams for the "rest of the story".

Jose's death certificate and autopsy give the cause of death as a contusion of the brain and a subdural hemorrhage due to a basal fracture of the skull.

Bleeding from inside his left ear

Finger on his left hand was broken

Contusions on the backs of both hands

Swelling of both hands consistent with delivering blows with fists

Contusion over the prominence of both cheeks

Abrasions over the outer angle and right angle of the mouth

Extensive ecchymosis of the scalp over the left side of the head (this combined with the “crushing effect on the left ear” indicated a weapon other than fists; in regard to this specific injury, the doctor later testified, "If this decedent had fallen to the ground...the head could have hit a protruding rock or something else other than a smooth surface." )

The brain was contused and there was a profuse subdural hemorrhage

As a result of these injuries and primarily because of the profuse hemorrhage and skull fracture, Jose Diaz died about 4:00 a.m. on August 2nd.