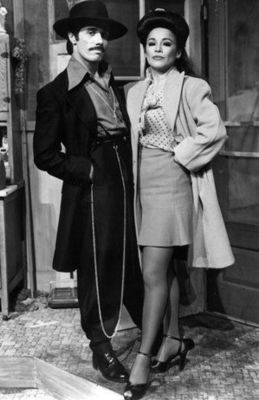 Let's go back up to December of 1941 again.  Japan bombed Pearl Harbor and President Franklin Roosevelt had just signed Executive Order 9066 to authorize internment of people considered "enemy aliens".  We're going back to California, where Japanese internment began but we're going to look at a different group of people and a different location.  We'll be heading to Los Angeles and looking at their Hispanic immigrant population in 1942.  California was flooded with Mexican immigrants at the beginning of World War II because of a severe shortage of workers due to the wartime draft.  At the same time there was a shortage of American workers due to the war effort, Mexicans were fleeing north to the U.S. to escape famine, drought, and the volatile aftermath of the Mexican Revolution.  There was increasing conflict and racial tension between Americans and Mexicans.  The newspapers were more than happy to fuel the fear that was building against anyone who was considered an "outsider" or immigrant.  The newspapers of the day often reported there was a "Mexican crime wave".  While the newspapers exaggerated crime committed by people of color, there WAS a growing and documented Mexican gang culture in Los Angeles in 1942.  La Eme (the Mexican Mafia) includes the Sleepy Lagoon murder in the La Eme historical timeline and lists Hank Leyvas as one of their gang members. There were many complex contributing factors to the events of 1942, especially in California.

In February of 1942 Japanese internment had begun.  By March of 1942, the United States was rationing things like sugar, coffee, fabric, etc. so that they could supply the military with all of these things as needed.  So, everyone in the U.S.- whether citizen or immigrant- had to adjust their lifestyles to these shortages.  There were actually regulations in place that banned Zoot Suits because it took so much fabric to make them.  The Zoot Suits were very popular among the Mexican youth.  Because they ignored the ration regulations and prohibitions against the suits and continued to buy and wear the Zoot suits, they were considered un-American.  The line of thinking was that if they weren't for America, they must be against America.  By the summer of 1943, the general population looked at all Mexican youths as criminals.  Even the parents of the youth thought something was wrong with their young people and tried hard to get their teens to stop wearing the zoot suits.

In the midst of all this increasing racial tension and war, the Los Angeles Police Department was on the fast track to destabilization.  The LA police force was depleted due to their officers being drafted into the military.  They were increasingly unable to keep order or fight crime in LA.  It seemed their answer to fighting crime in LA was to arrest people of color.  In mid-June of 1942 a Mexican American youth was shot and killed at a track meet and there was almost a riot in response to that killing.  Then in late-July of 1942, LAPD tried to break up a craps game in a largely Mexican neighborhood.  The Mexican Americans swarmed police and started fighting back which only highlighted LAPD's inability to function with a shortage of officers and increased the growing fear of an ongoing "Mexican Crime Wave".

On the night of August 1, 1942 Mexican youth were involved in a fight at a place outside LA called Sleepy Lagoon.  The fight resulted in the death of Jose Diaz in the early morning hours of August 2nd which we'll get into more at board #5.  The death of Jose Diaz was blamed on juvenile delinquency among Mexican Americans and on the alleged zoot-suit gangs that were populated by Mexican Americans. The governor of California used the murder to justify the round-up of all zoot-suiters.  Even though African-Americans wore Zoot suits, the people rounded up by LAPD were all Mexican.  In all, the LA Police Department rounded up over 600 Mexican youth.  Several of these zoot-suiters were tried and convicted of the death of Jose Diaz.  The trial process was grossly unfair to the Mexican youths on trial and ordinary constitutional rights were ignored by the court.  In January of 1943, 17 of the 22 Mexican youths were convicted of murder and sent to prison, some with death sentences. It was in the middle of all this, in late spring/early summer of 1943, that the ongoing conflict between white military service men stationed in LA and Mexican American youths living in LA came to a tipping point.  Leading up to the riots, incidents took the form of minor altercations but these altercations soon escalated.  Within months of the Sleepy Lagoon murder convictions, on June 3, 1943, LA erupted into full-on race riots.  The American servicemen hunted down zoot suiters, stripped them of their zoot suits, and beat them in the streets then left them there nearly naked and beaten.  The Mexican American Zoot-suiters would lure servicemen into secluded areas or find servicemen out alone instead of in a group and beat them, leaving them on the street beaten and injured.  By June 7th, the worst night of rioting, the riot involved anyone in the way and not just the zoot-suiters.  LA Police arrested many Mexican Americans.  Some Mexican Americans requested to be taken to jail just so they would be safe from the rioting.  Few servicemen were arrested.  Shortly after midnight on the worst night of rioting the military leaders did what LA police were unwilling or unable to do.  They ordered LA off-limits to all servicemen.  They also sent military police out into the LA streets to bring order and arrest any disorderly servicemen.  The following day, LA City Council met and passed a resolution completely banning zoot suits from LA.  By June 10th, the rioting had ended.  Remarkably, no one died during the riots.