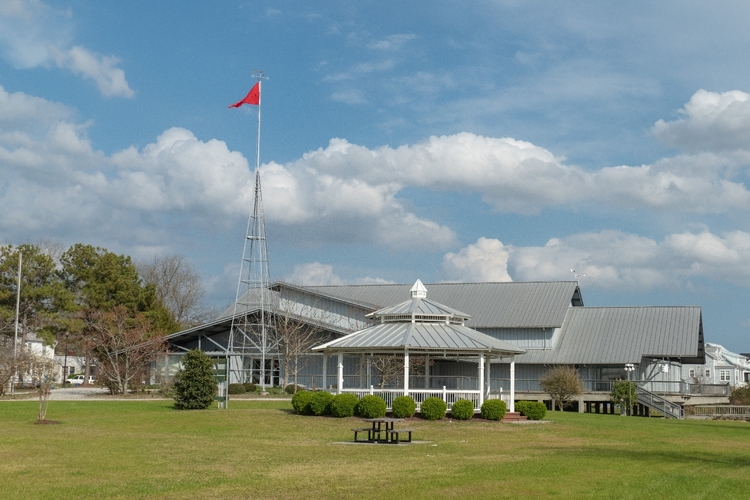 Next to NC Estuarium

A coastal warning display tower, sometimes known as a storm-warning tower, was a unique skeletal tower designed to provide hurricane warnings. The structures were developed in 1898 on the orders of President William McKinley. Records indicate that a storm-warning display and seacoast telegraph station were in place in Washington by 1900. The first storm-warning display-man in town was Mary Gallagher, wife of town physician Dr. James Gallagher. The Gallaghers lived in the house still standing at 629 East Main Street. It was in their backyard where the tower was first erected. Mary Gallagher was listed in 1906 Weather Bureau records as the "display-man" and received $12/month compensation for her services. She continued to raise the flags well into her 90s.