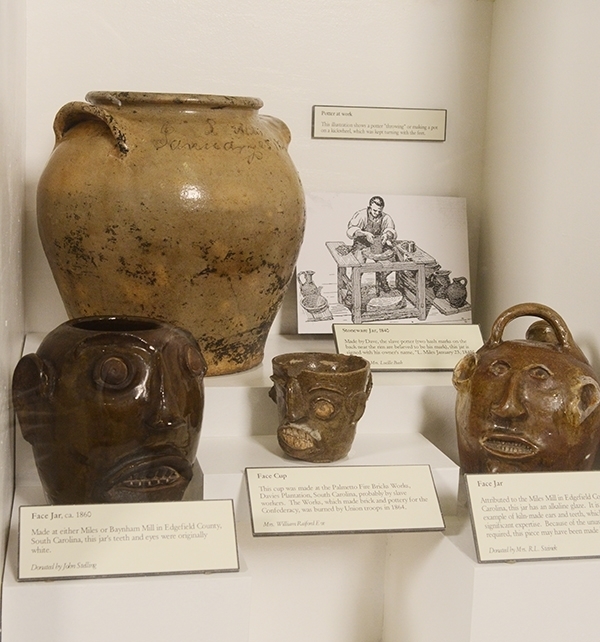 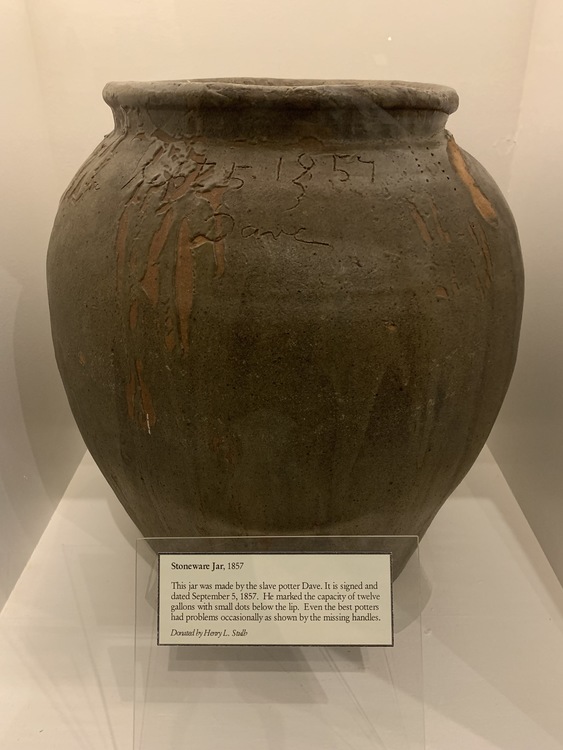 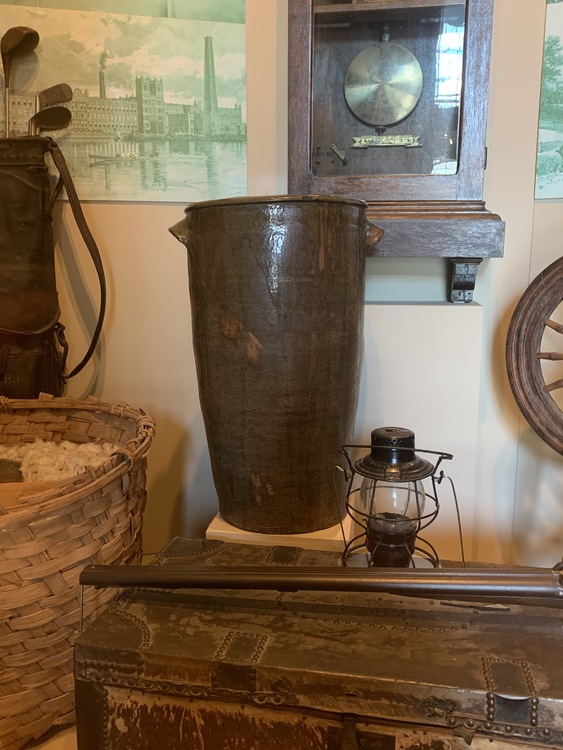 [Train Whistle] David ‘Dave’ Drake, enslaved by the Landrum family of Edgefield, South Carolina, was born in approximately 1800. He was illegally taught to read and write, most likely by Doctor Abner Landrum, in order to work as a typesetter for Landrum’s his newspaper. In 1831, Dr. Landrum moved to Columbia, South Carolina, leaving Dave to his nephew Lewis Miles. Dave began producing pottery for Lewis Miles on the Horse Creek Plantation in the early 1830s. It was here that Dave producing large scale jars and jugs (up to 40 gallons) demonstrating a very high level of both artistry and skill. Some of Dave’s pottery is signed and dated. Look closely at the jar on display and you can see where it has been inscribed “Dave Sept. 14, 1857” Even rarer are the pots on which Dave inscribe lines of poetry. Dave was emancipated in the early 1850s and continued making pottery into his 80s. He is believed to have died in the 1870s. [Train Whistle]