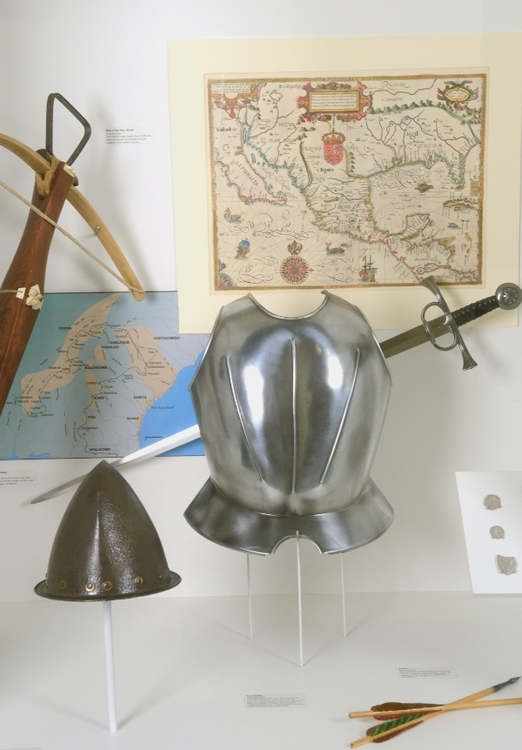 The Age of Exploration: The DeSoto Exhibition; 1540

[Train Whistle] The first major contact between Europeans and Native Americans in the Southeastern United States occurred when the Spanish explorer, Hernando DeSoto, landed with his expedition in Tampa Bay, Florida in May 1539. After spending the winter near present day Tallahassee, the expedition traveled northwest across the present state of Georgia. The Spaniards traveled four days through an area described as “an uninhabited wilderness,” before reaching the Savannah River on April 17, 1540, crossing near what is now Clark’s Hill Reservoir. Though the water was high and swift, they managed to cross the river by forming a wall of horses from one bank to the other, breaking the fury of the current. After crossing, the expedition continued through an uninhabited wilderness to a chiefdom near present day Camden, South Carolina. The Mississippian cultures already in decline before 1540, collapsed under the onslaught of European diseases and warfare brought by DeSoto’s expedition. Diseases such as smallpox, influenza, and measles swept through the area killing thousands, reducing the Native American populations to a fraction of their original populations. The survivors of the chiefdoms formed the historic Indian tribes or nations of the southeast, known today as the Cherokee, Creek, and Chickasaw. The American Southeast entered into a period of conflict following DeSoto’s invasion, as various tribes fought for land and power. This area was occupied briefly by Shawnee, Apalachee, Apalachicola, Chickasaw, Yamacraw, Yamasee, and Uchee tribes.  [Train Whistle]