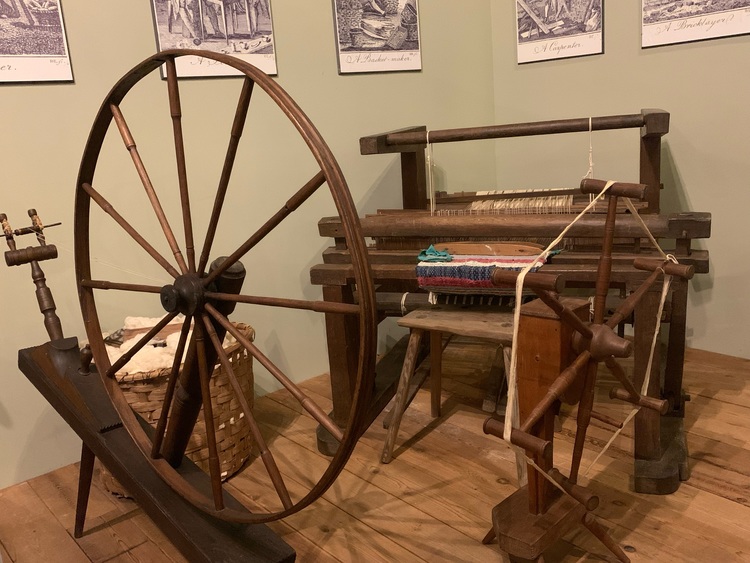 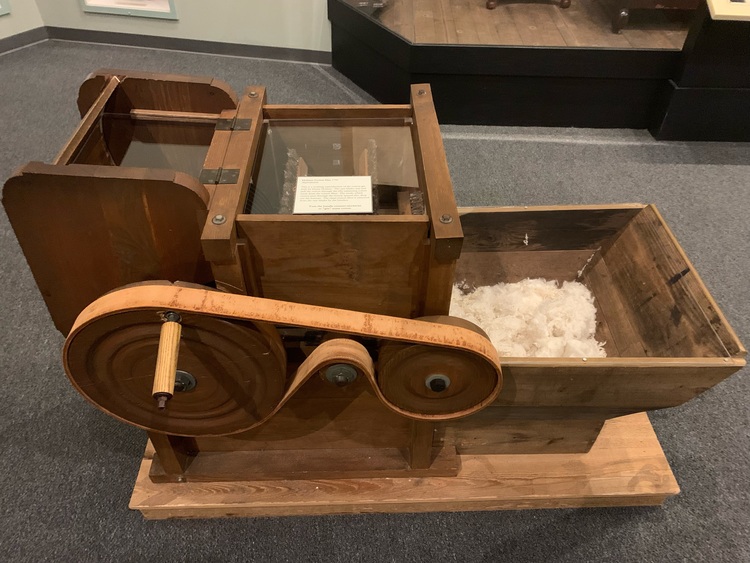 [Train Whistle] Cotton is not only one of the world’s most important crops, but it is also one of the oldest. Historians believe that it was first used in Egypt (by 1000 B.C.) before later becoming utilized by ancient Greeks and Romans. The manufacturing of cotton cloth was introduced to Europe by the Moors during their invasion of Spain in the Middle Ages. European explorers found the Native Americans of Mexico, Peru, and the West Indies were raising cotton. The crop was first grown in Georgia in 1733. Some was grown by early colonists of the South, but it was not commercially viable until the end of the 18th century. Prior to the invention of the cotton gin, seeds were removed by hand making it a very labor-intensive crop. Removing the seeds from one pound of cotton by one person typically took a full day. Eli Whitney, a schoolteacher from the North, invented the cotton engine in 1793. This machine, operated by one person, could clean more cotton in a day than a hundred people could clean by hand in the same amount of time. Records show that the most cotton acres planted in Georgia was in 1914, with 5.15 million acres planted. Currently between 1.25 and 1.5 million acres per year are planted in Georgia. The cotton industry, which includes farming, ginning, cotton seed oil milling, textile mill processing, warehousing, and the selling of cotton, continues to be vital to Georgia’s economic success. Cotton provides employment for approximately 50 thousand Georgia residents. [Train Whistle]