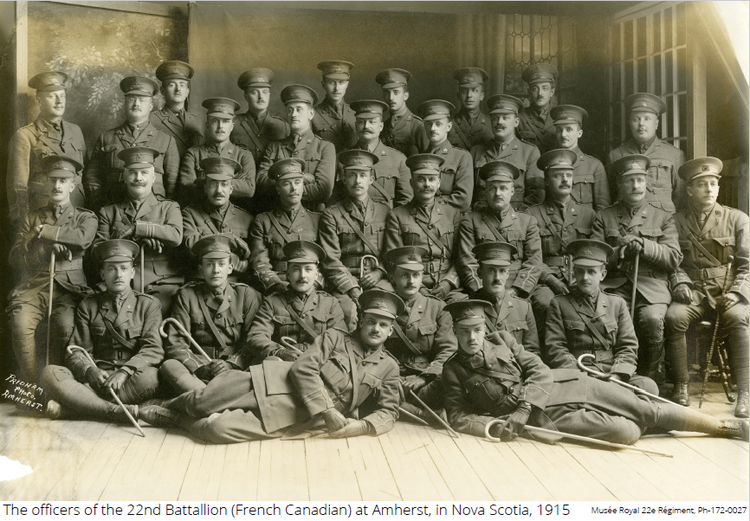 The Royal 22e Régiment was created during the First World War as the 22nd Battalion on October 21th, 1914.  Public pressures pushed to create a unit exclusively French Canadians.

During the First World War, the 22nd fought in France and Flanders, nowadays Belgium.

The 22nd Battalion became a permanent regiment in the Canadian Army in 1920. In 1921, it received the honorary title of “Royal” in recognition of the exemplary courage and actions of its members. Subsequently, in 1928, a federal law made use of the French name mandatory, and thus the unit is officially known as the “Royal 22e Régiment”.

The Royal 22e Régiment subsequently participated in the Second World War, the Korean War and in many UN and NATO missions. Since its creation, it has never been without overseas mission.