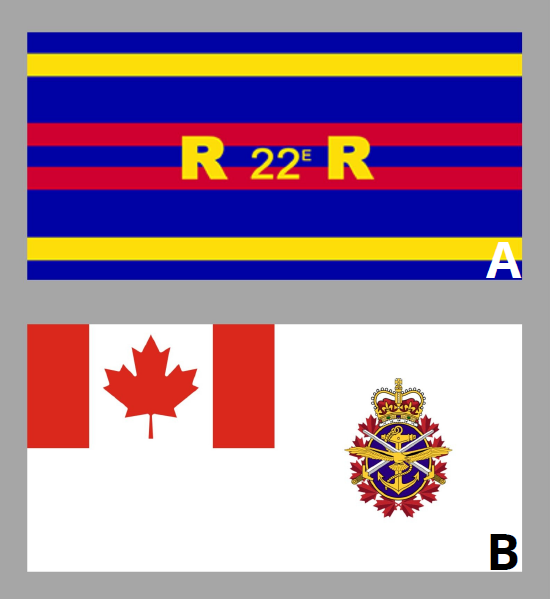 Throughout your visit, you will see names etched on the walls of the buildings. These are the battle honours awarded to the Royal 22e Régiment. A battle honour is a name of a place where the regiment distinguished itself in combat during an important battle or military campaign such as the Battle of Vimy Ridge during the First World War. Since its creation, the regiment has earned a total of 43 battle honours: 18 for the First World War, 24 for the Second World War and one for the Korean War.

The flags flying on the poles of the parade square indicate that the Citadelle is an operational military base. On the left is the standard of the Royal 22e Régiment (flag A in the photo) and, on the right, the flag of the Canadian Armed Forces (flag B in the photo).