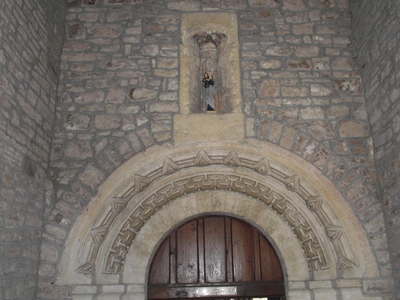 the Church of St Mary the Virgin

The present church is mainly Norman from the 12th century when Robert Fitzharding, a rich Bristol merchant and the Governer of Bristol completed the building of St Augustine’s Abbey (Bristol Cathedral) in 1148 and he  gave as an endowment, several churches including Portbury. His son was made Lord Berkeley by Henry II. As you entered the church you will have noticed the beautiful 12th century door with the rounded Norman arch in front of you. This is possibly the oldest part of the church. In a niche above there would have been a statue of the Virgin Mary.

You are now standing in the porch.