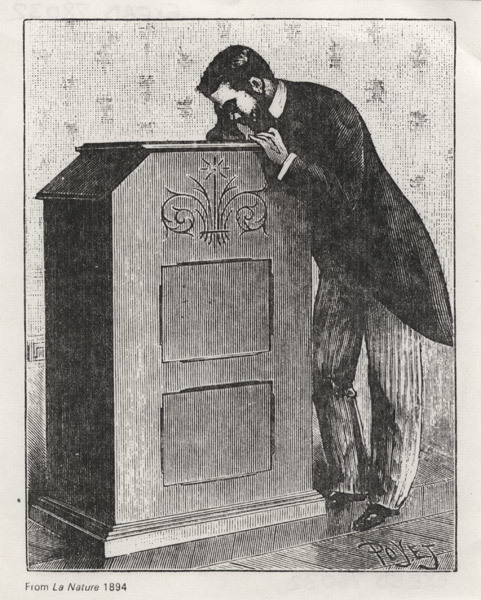 Edison and Dickson: Kinetoscope and Mutoscope

Now, Thomas Alva Edison, the American inventor, is often credited with the invention of moving pictures- not strictly correct because it was his assistant (William Kennedy Laurie Dickson) who did most of the hard work. And his invention was limited to a Peep Show which he called a Kinetoscope- rather similar to the Mutoscope that you'll see and you can look at the picture when you turn the handle, also invented by Dickson after he had left Edison's employ and didn't dare to break his copyright.