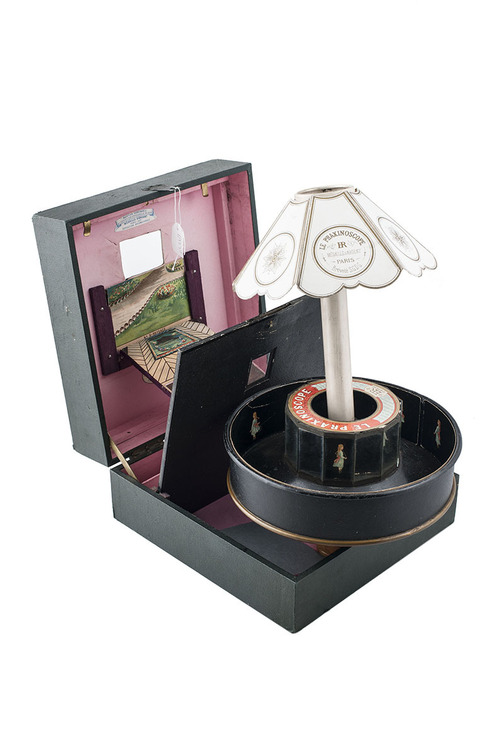 The phenakistiscope was fairly quickly succeeded by the Zoetrope where the images are on a strip instead of a disk around the interior of a drum. We have two Praxinoscopes in our collection, one of which I remember Bill brought back from Paris with him. How he smuggled it into this country, I don't know, without being charged at the customs. But the Praxinoscope theatre was the latest advance and we have one of those too where the operator was able to have scenery in the background. So a girl could be seen skipping in the park or beside the sea or at a fairground or wherever you chose to place her. And Reynaud in his own theatre had long long strips which he had painted himself which went all the way around the room and back again so that you got a moving picture which lasted several minutes. And this was at the same time- the 1890s- that real moving pictures began to appear on the scene. And for that you need to move on to the next case.