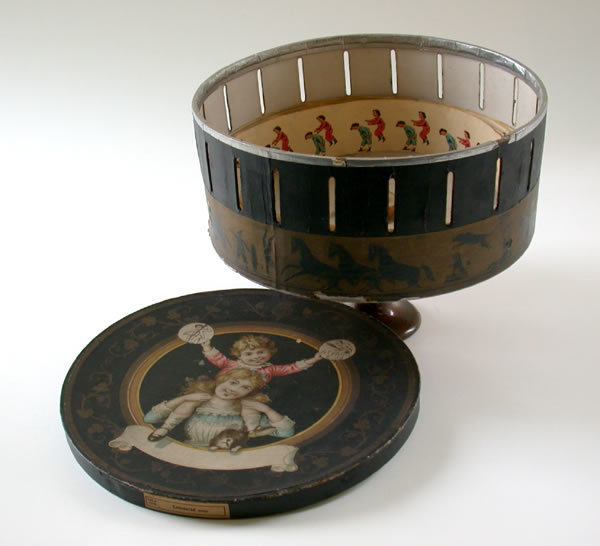 Now the middle case which has the title 'making pictures move' I might refer to as optical toys. Things really started to hot up in the 1820s onwards. The Thaumatrope is perhaps the first optical trick that led to all  the successive stages towards cinema being invented at the end of the 19th century. The Thaumatrope is a simple little round disk with one picture on one side- say, a bird- and on the other side, the cage. And when you twirl it, you can see the bird in the cage. More importantly, the Phenakistoscope- If you move round the case, you'll see the Phenakistoscope- was the first toy to create movement. And ours is a very rare one which has its mirror incorporated in the toy itself and in its original box. I actually purchased this in Buxton and it was the first precinema  item that we added to our collection.