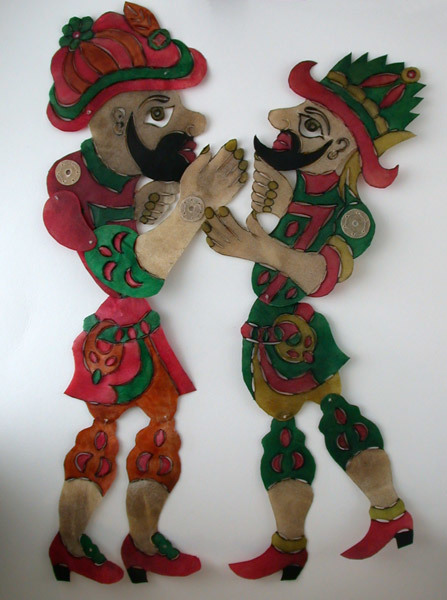 Shadow theatre is the earliest form of precinema mainly in three parts of the world: Indonesia, Java, China and Turkey. The Turkish- they are the ones at the back of the case on the top shelf- tend to concentrate on two figures: Hacivad and Karagoz. And I understand- I've never seen one- that they are rather wicked rascals. And the shadow plays go on for hours. I did once see a Chinese shadow play at a festival several years ago now and that went on for hours on end. So you have to be quite good to sit it out even longer than an Epic movie.