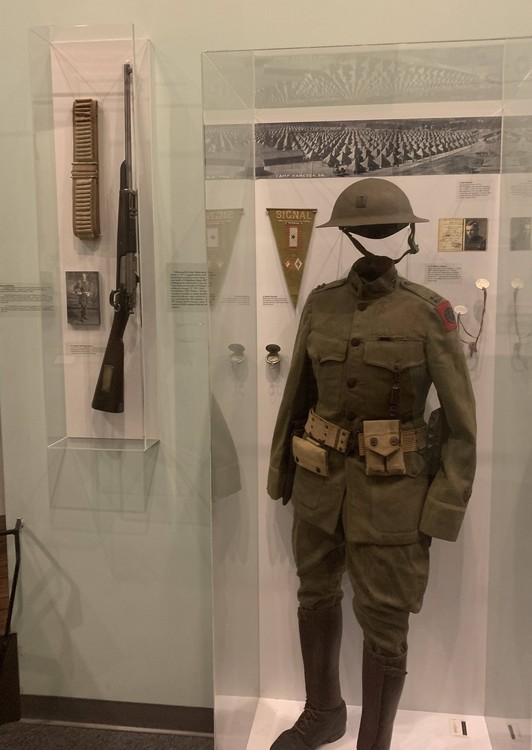 [Train Whistle] In 1941, Augusta was well on its way to recovery from the hard years of the Great Depression. Jobs and money were more plentiful, especially with the outbreak of WWII in 1939. The largest local war industry was the Augusta Arsenal. During the War, the Arsenal underwent a massive expansion. The number of employees in 1939 was only 57, and by 1943 that number had increased to over 1,500. Work at the arsenal concentrated on rebuilding or overhauling 70 different types of weapons including the Browning automatic rifle. Augusta was a major center for military training and activity, with four military installations. Immediately following the attack on Pearl Harbor in December of 1941, the 4th Infantry Division moved into the unfinished Camp Gordon, whose construction had only begun a few months prior. Over 9,000 workers toiled feverishly to complete construction on the camp by mid-1942. Civilians also contributed to the war effort. Volunteers served as air raid wardens, and Augustans saved their scrap metal, grew victory gardens, participated in rationing programs, and invested in war bonds. [Train Whistle]