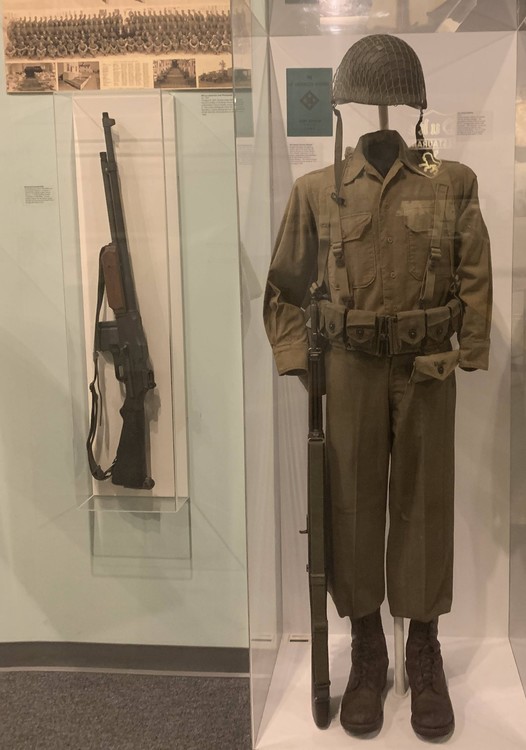 [Train Whistle] Following the US Declaration of War in 1917, Augusta received the contract to build an army camp. In two months, 887 buildings were constructed in an area south of Wrightsboro Road. Camp Hancock received its first group of soldiers on August 19, 1917 from Pennsylvania’s 28th division. The camp included a hospital, a school of ordinance, a school for officers, and a school for machine gun and automatic rifle operation. After the 28th division left for France in May 1918, another 60,000 soldiers filled the camp to capacity. Support for the war efforts showed everywhere in Augusta. There were liberty loan drives, and various groups competed in the amount of bonds purchased. All businesses were closed on Mondays to help conserve coal. An influenza epidemic swept Augusta in September 1918 killing 52 soldiers at Camp Hancock in one week. The Board of Health quarantined the camp, and closed all schools, churches, and theatres in Augusta until late November. The war produced a number of Augusta Heroes including Captain Robert Walton Junior, who received a Distinguished Service Cross for leading three men in capturing 65 German soldiers. Sixty-nine men from Augusta died in the war —55 white and 14 Black soldiers. On November 11, 1918, confederate veteran Barry Benson led an impromptu parade of fellow veterans carrying US and Confederate flags. [Train Whistle]