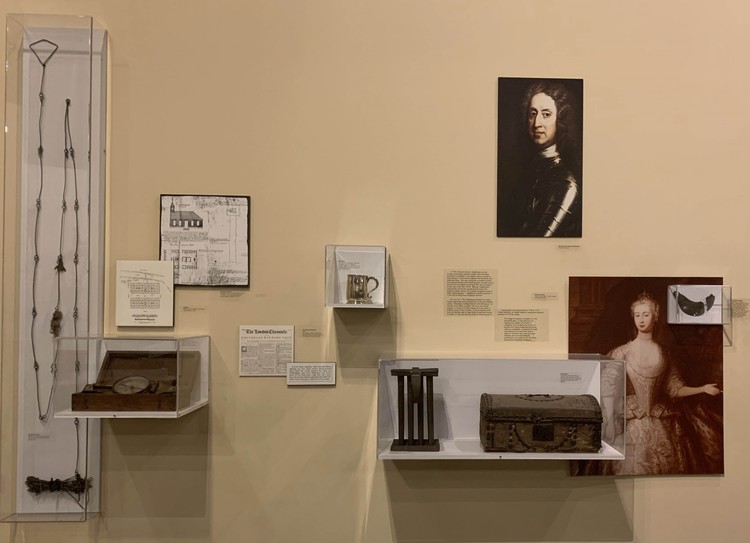 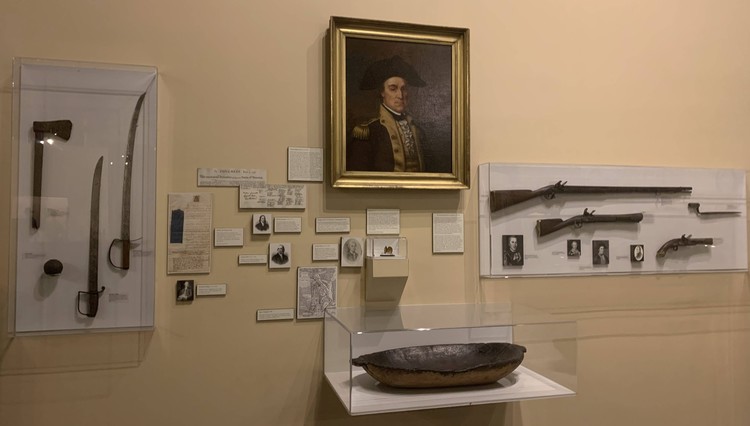 [Train Whistle]] By the last half of the 17th century this area was claimed by three European nations—the Spanish claimed this area as part of La Florida, France claimed it as part as Louisiana, and the British claimed this area first as part of the Virginia colony, and later as part of the Carolina colony. The competition between the three European empires for the control of the Indian trade resulted in several armed conflicts. Eventually the British won control of the area, which is now Georgia and South Carolina. In 1670, English settlers, also called Carolinians, established Charles Town (modern day Charleston, South Carolina), at the time the southernmost English settlement in North America. Soon the Carolinians moved inland from the coast in search of trade with Native Americans— primarily trading manufactured goods for animal skins (deer skins and beaver pelts). One of the first inland settlements was Savannah Town located just south and across the river from Augusta on the high bluff near where the Sand Bar Ferry bridge is today. First mentioned in records in 1685, Savannah Town was the starting point for trails leading to the Cherokee, Creek, Chickasaw, and other tribal lands to the north and west. At Savannah Town, the Carolinians traded with various Native American tribes, and also organized trains of packhorses to carry trade items to their villages. Abuses by traders and their encroachment on Native land, led to the Yamasee War in 1715. The Yamasee tribe, joined by the Creek and other tribes, led attacks against European settlements. The Cherokee, however, fought alongside the Carolinians. The War ended with the decimated Yamasee retreating to Florida, and many other tribes moving into new areas including the Central Savannah River Area (CSRA). The Carolinians imposed new trade regulations upon traders to prevent abuses. [Train Whistle]