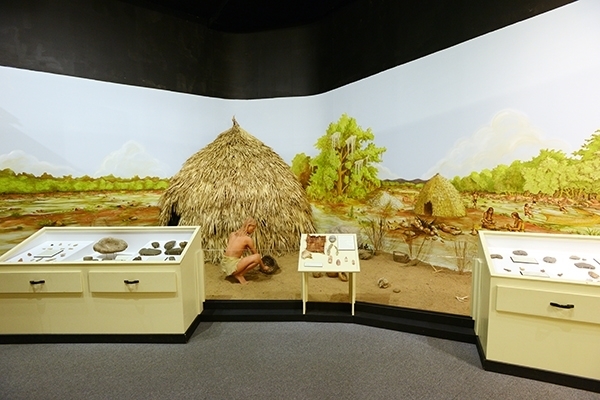 [Train Whistle] Around 15,000 years ago, small groups of people traveled from Siberia to what is now modern-day Alaska via a land bridge. The different small groups of Paleo Indians slowly migrated with some moving all the way to the Eastern Woodlands, which covered most of the Eastern United States. As the Paleo Indians moved into the forests, they constantly adapted their way of life to the new environment. They developed new ways of hunting animals and gathering food, and invented new types of tools. [Train Whistle]