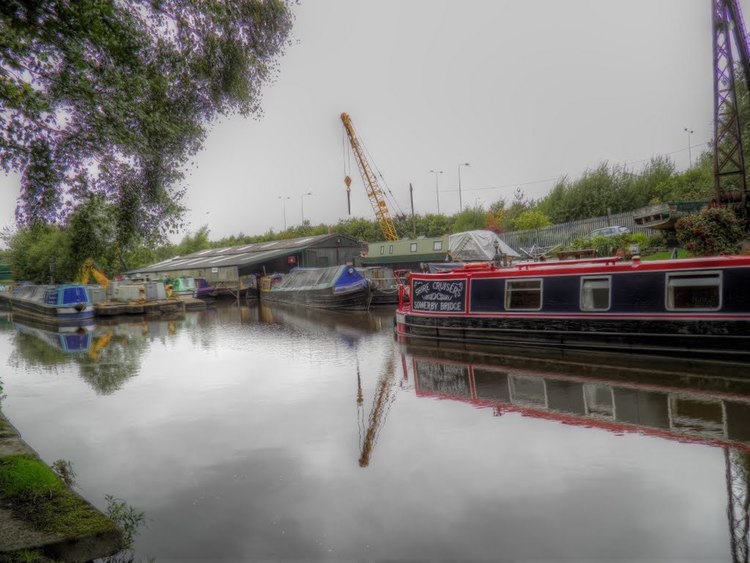 On the left, we are passing the Ashton Packet Boat Company boatyard.   The site was originally a boat repair yard owned by the Ashton Moss Colliery.   It opened around 1860, and had its own fleet of boats moored up ready to transport coal along the canal to Ashton and Manchester.   When trading along the canal ceased, the yard became derelict, and was left to decay.

In 1975, the dock and workshops became the Ashton Packet Boat Company, and is now a bustling boatyard, providing moorings for a host of boats, and repairs to all kinds of canal traffic.