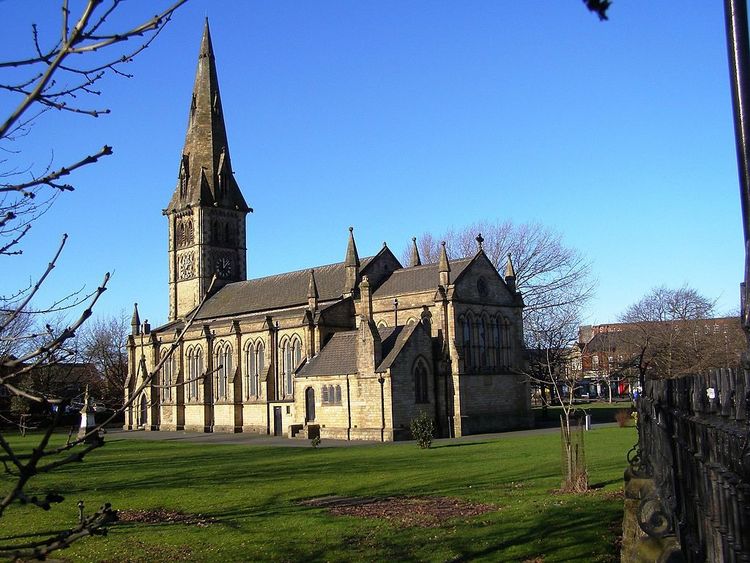 We are about to pass under the Guide Bridge. Not many canal bridges have a railway station and an area named after them. The station was originally named Ashton-under-Lyne and Hooley Hill, but was re-named when other stations were opened closer to the centre of Ashton. The bridge itself got its name from a guide post at the road junction above it. The bridge has been extended at both sides to more than double its original width and is now almost a short tunnel. As we approach Guide Bridge you will also see on the left, the steeple of Saint Stephen’s Church reaching for the sky. Although it is situated in Audenshaw, the church is just a few metres from the Ashton boundary. Saint Stephen’s Church was completed in 1846, and like many English churches built at that time, is in the early Gothic style. The church, which is now a Grade 2 Listed Building, was built at a cost of £2,900 to accommodate a congregation of 750 people.