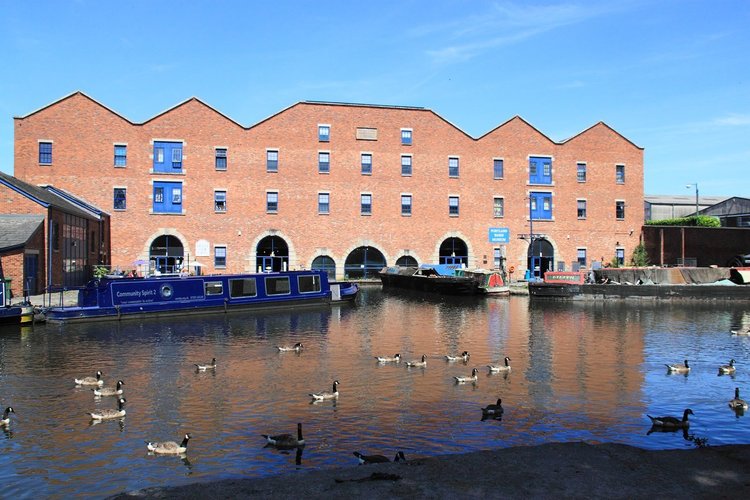 As we depart Portland Basin, we leave what was in the early 1800s an important transport hub for canals converging at this point.   It was a vibrant, busy canal junction handling goods travelling between major centres of mining and cotton production.   The building, which now houses the Museum, was originally the Ashton Canal Warehouse.   The three-storey building was constructed in 1834.   The arches in the lower part of the building were shipping holes, where boats could sail into the warehouse to load and unload materials.