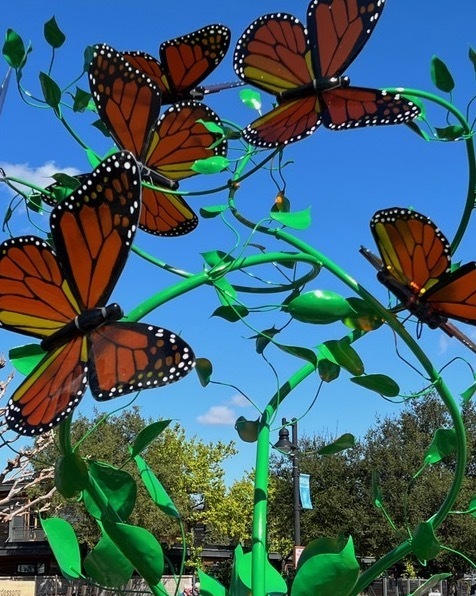 Peter fell in love with the wonders of the sea and nature growing up in the picturesque community of Half Moon Bay, California. As a child, he attended art shows with his father, Richard Hazel, a well-known oil painter. After leaving Half Moon Bay, Peter lived and raised a family in North Lake Tahoe where he had a career as a tile contractor for 35 years. While visiting Barcelona in 2008 and viewing Antoni Gaudi’s intricate and elaborate architecture he was inspired to begin creations of his own and would eventually pass on his tile business to his son Jimmy.

Peter’s collection invites you to interact and admire the beauty of modern art and sculpting using ceramics, colorful glass, steel, and carpentry. He is famous for his massive jellyfish, crocodile, and octopus installed over the years at Burning Man events in the Black Rock Desert of Northern Nevada.