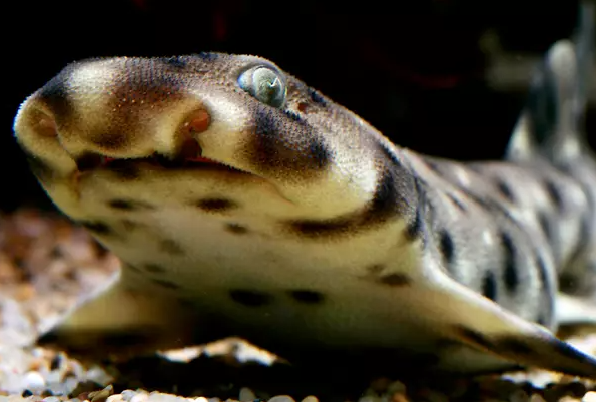 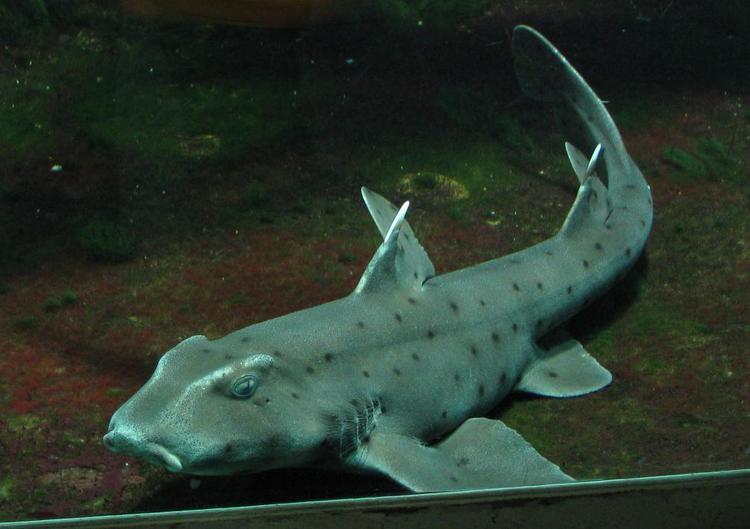 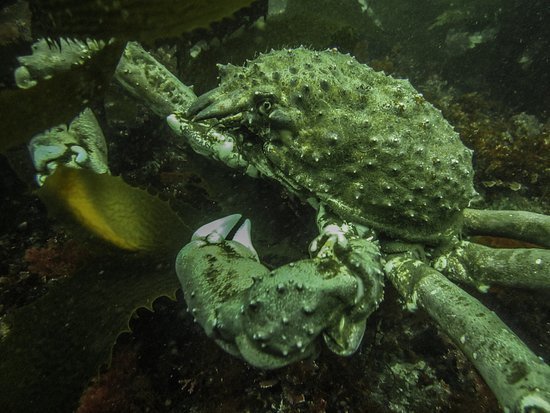 When threatened, the swell shark has an unusual response. It bends its body into a U shape, grasps its caudal fin in its mouth and swallows a large quantity of sea water, which makes it swell to twice its normal size. This behavior makes it difficult for a predator to bite or pull a swell shark from its rocky crevice. When letting the water out, the shark makes a dog-like bark! Look closely in the hiding spots in this display to see if you can find these guys.

Swell sharks are BIOFLUORESCENT and can absorb sunlight temporarily and then re-emit it as a green glow!

It is obvious the horn shark got its common name from the sharp spines located just in front of their dorsal fins. These sharks will only reach about 3 feet in length.

Horn sharks are also  known for their beautiful spiral-shaped egg cases, which females wedge between rocks in the springtime.

As a nocturnal species, horn sharks will actively search of food around the reef at night but always return to the same spot each day and rest motionless during the daylight hours.

Sheep Crab, also known as Spider Crab, are one of the few crabs capable of walking foward instead of sideways. Spider crabs belong to a group known as "decorator crabs": the crab's main defense against predation is ability to camouflage itself with various spines, algae, debris and small invertebrates.