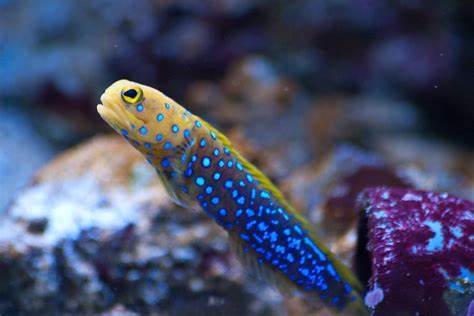 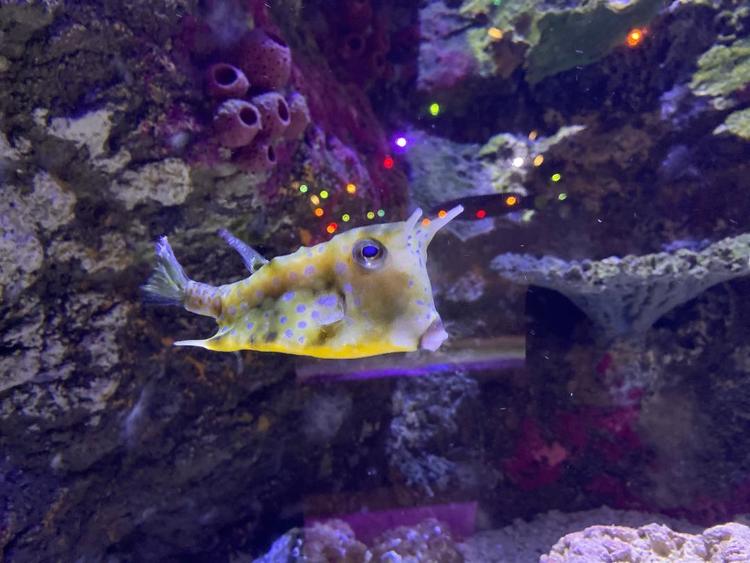 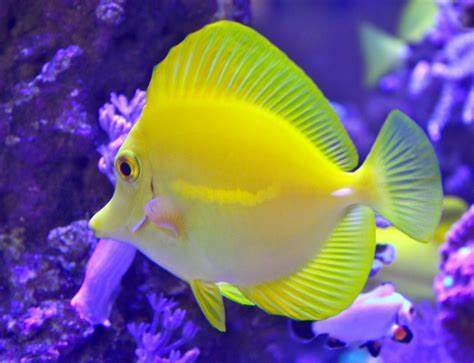 Meet the Blue Spotted Jawfish! Jawfish will protect their turf by occasionally spitting mouthfuls of sand at small intruders! While small in size, they use their large mouths to burrow into the sea floor. Male jawfish are also mouth brooders which means they incubate their young in their mouths until they are ready to hatch.

While the Blue Spotted Jawfish normally sports a vivid yellow and blue coloration, they change color during their notable courtship rituals. While trying to attract a female, the male will often fade to a light yellow or nearly white until he is successful in attracting his mate!

Cowfish have rigid bodies made up of bony plates which cover them entirely except for the stomach. The only flexible part is the tail. Nature protects these slow gentle fish by outfitting them with sharp spikes front and rear and by covering them with poisonous flesh.

These cute little fish can only swim backwards and forwards, they rely on the current underwater to turn them in the direction they want to go in. They are normally found in the Indo-Pacific waters, but they can stray elsewhere if the tide is taking them that way.

Tangs are vibrantly colored fish that may look relatively harmless, but when in danger from predators they can raise a pair of razor-sharp spines on either side of their tails and then whip their bodies from side to side as an effective means of self-defense.

Tang fish prefer to travel and feed together in large schools, perhaps as a means of overwhelming other fish that jealously protect algae spots. Some species have the ability to lie motionless and “play dead” until a predator passes. The tang’s bright colors come from special crystalline cells in the skin.