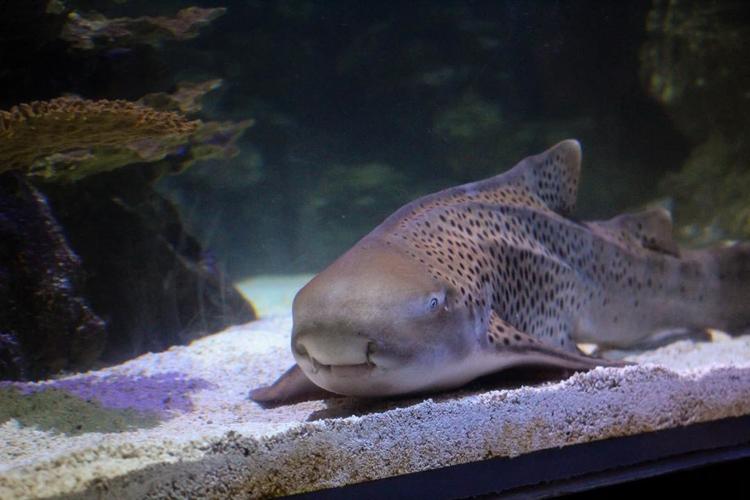 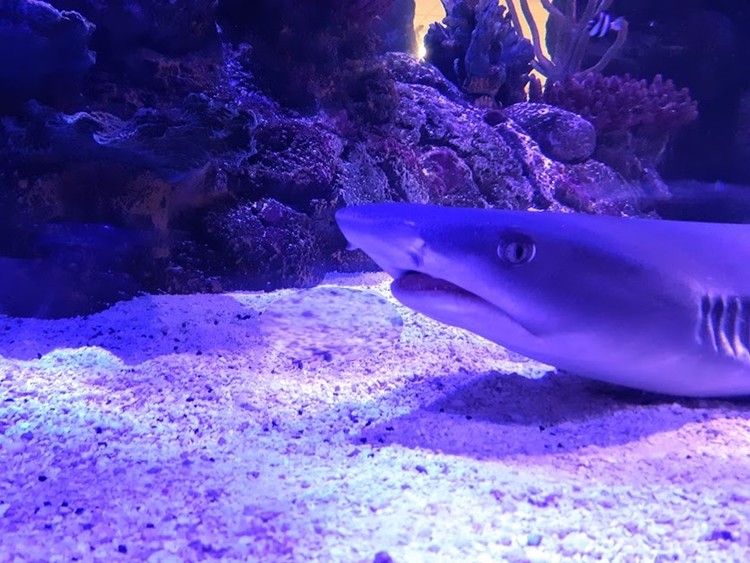 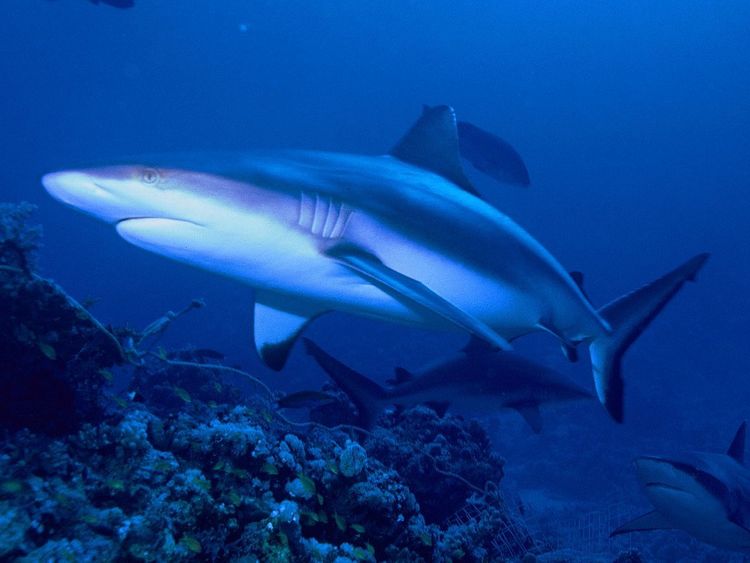 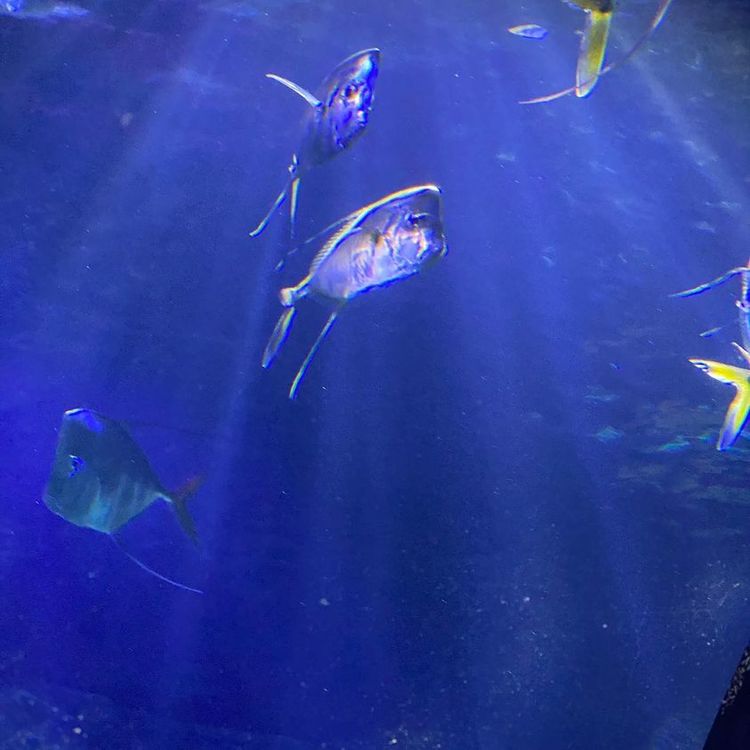 Why don’t our sharks eat their tank mates? We hear that question a lot! Our sharks are target trained and well fed which keeps them uninterested in eating their little friends. This type of target training allows our handlers to develop a trusting relationship with the animals so they can get the proper nutrition and medical care without any undue stress.

Zenon the Zebra Shark is the large shark with lots of black spots. Zebra sharks are nocturnal and hunt at night for crustaceans and small fish. During the day, they are sluggish like teenagers getting ready for school and like to rest on the sandy sea bottom which Zenon does a lot.

Zebra sharks are born with stripes but as they get older the stripes are replaced by small black spots. Zenon will grow to be about 8 feet long.

Zebra sharks have slender, sensory organs that look a little like cat whiskers at the front of their snouts to help them seek out prey.

Adult zebra sharks are non-aggressive toward humans and have few predators other than larger sharks and humans. Zebra sharks are considered an Endangered Species everywhere in the world, except Australia, so we must do what we can to protect them!

Barry and Blaze are our Whitetip reef sharks. They are hard to miss with their slender shape, pronounced gills and white-tipped fins. Whitetip reef sharks appear grumpy because of their down-turned mouth and protruding brow ridges. Whitetip sharks are calm during the day but transform into efficient hunters as they scour reefs at night! As they swim, they are known to move in an irregular waving style.

The whitetip reef shark is highly responsive to the electrical cues given off by potential prey. It is especially sensitive to natural and artificial low-frequency sounds, like a struggling fish. As a hunting method, whitetip reef sharks sometimes chase and trap their prey in crevices where they can easily jam their slim bodies and snouts to catch it.

Barry and Blaze will rest on the sandy bottom because this species of shark does not need to move to breathe like many other sharks. One of only a few species of sharks that does not have to continuously swim in order to breathe, the whitetip reef shark uses a method known as buccal pumping to pump water into its mouth and over its gills, enabling it to spend long periods of time resting in caves or on the seabed.

These sharks can be quickly identified by the dark lining along the back side of their tail fin. As their name suggests, this species prefers to stalk prey along coral reefs that are typically located in shallow waters near coastlines. They often stay within 200 feet of the ocean’s surface but are sometimes known to plunge to over 3,000 feet. They tend to lurk around rugged terrain, particularly around continental shelves, in relatively clear and calm waters.

While overall population numbers for these sharks is unknown, they are considered near threatened due to habitat loss. Their preference for coral reefs is a significant vulnerability due to the continued destruction of these habitats around the world.

Sharks play a vital role in keeping the ocean ecosystem healthy by feeding on animals that are lower in the food chain, but a number of shark species have been shrinking at an alarming rate. Overfishing, ocean pollution and shark finning are contributing factors in their decline. What can you do to help? Reduce, Reuse, Recycle, and Refuse

These fish get their name from the way they appear to “look down” as they swim. They have a unique body shape, featuring a shiny body and blunt head. Their mirror-like pigmentation can be manipulated to reflect light or dim light depending on what will best camouflage them in the water.

They are fast swimming carnivorous fish which, in the wild, feed most successfully at dawn and dusk when their superior vision gives them an advantage over their prey.