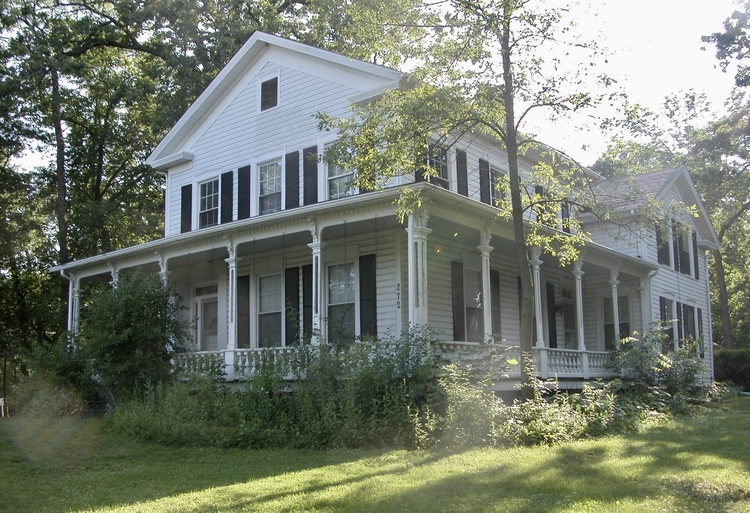 Up the sidewalk past Bill’s Boats, you will come to a newly sided gray frame house with a beautiful porch on the front. This is probably Lake Zurich’s oldest house, built in 1855 by John Robertson who had settled in the southern part of Eela Township in the late 1830s, along what is today’s Long Grove Road. Later in the 1850s he purchased this land by the lake and built his home here. The lumber came by train from Chicago to the depot of the newly founded village of Barrington. John Robertson was the county road  commissioner in 1877 when he was shot and killed by a man named Peter Davison because of a right of way dispute  on Rainbow Road. The road still has unusual turns today because of this. Just past the Robertson house you make a right turn onto Robertson Road to continue your walk around the lake. Push NEXT when you head down the street.