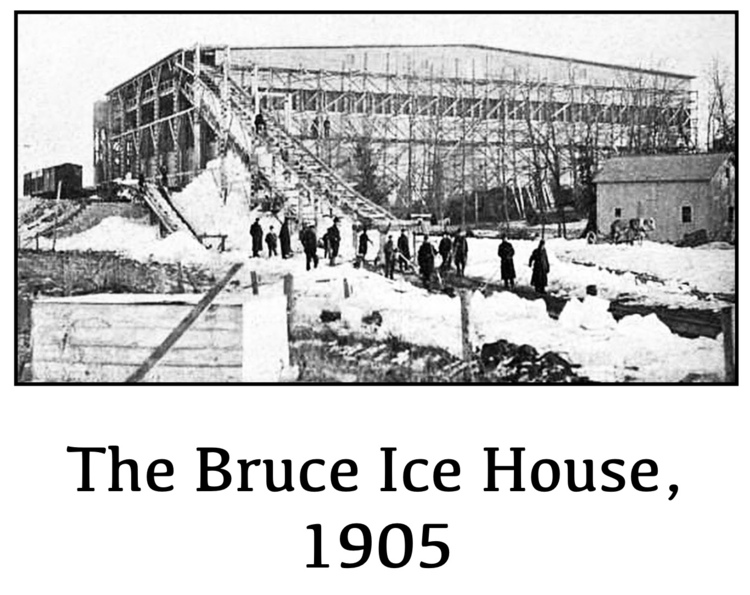 Before moving on from the promenade, turn and look at the parking lot area on the other side of the street. On this spot there used to be a huge ice house, built in 1898 by the Bruce Ice Company. Later it was bought by the Knickerbocker Ice Company. There was another huge ice house owned by Knickerbocker on the south lake shore, and at the peak of the ice harvesting season, each company  employed around 200 workers. Ice blocks were cut from the lake and put up in the ice house and then sent by train to the cities of Waukegan and Chicago. The ice business thrived until the 1920s when it became possible to make ice with freezers instead of cutting it out of the lakes. Now you can continue your walk up the sidewalk and past Bill’s Boats. Hit NEXT.