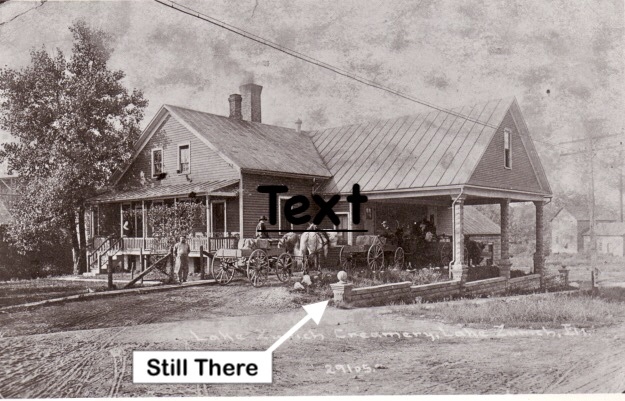 On  the other side of the street from where you stand now are the apartments at 83 West Main Street.  This used to be the site of the old Lake Zurich Creamery. It was first built around 1881 by Charles Patton, shortly after his marriage to Mary Robertson of this town. It was destroyed by fire sometime in the 1890s, and rebuilt as you see it here.  For many years milk was brought here by farmers from the surrounding farms, after which it was loaded on the train and sent to Waukegan or Chicago. A great tasting cheese was made here, which helped keep  business going for many years. If you look close, you can still see a remnant of the old creamery—-one lonely cement pillar still stands near the sidewalk. Walk on down towards the lake now. Push NEXT