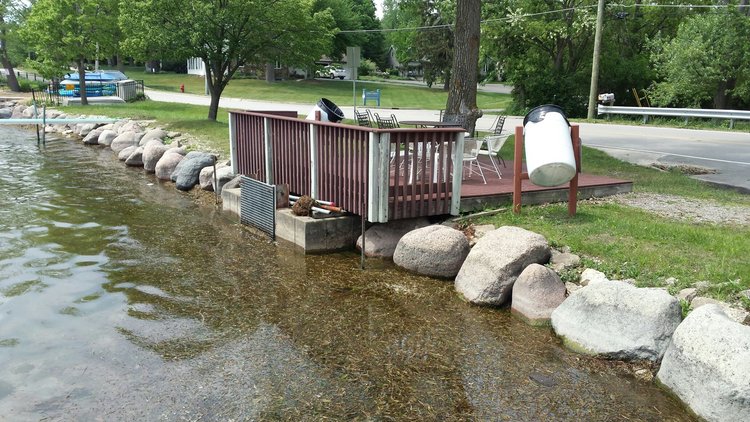 Walking further, you will pass several nice old homes built by prominent people along the lake. Some of these homes were built with kits available through Sears Roebuck in the 1920s. You will eventually come to the side street Lois Lane, and just beyond it to the outlet for Lake Zurich. From here Lake Zurich drains into North Flint Creek and makes its way to the Fox River. Very early on in the 1840s this outlet was dammed up by Seth Paine to make the lake level  a little higher, like it is today.

From this point into town the road used to be called Paine Street for many years. It would probably still have that name if it weren’t for Ash Street, just a little farther up the road from the outlet. A former mayor lived on the corner of Ash Street and Paine, and got tired of having to say he lived at Paine and Ash. He used the power of his office and changed the name. Eela Historical Society would love to see it back the way it was. You may now push NEXT