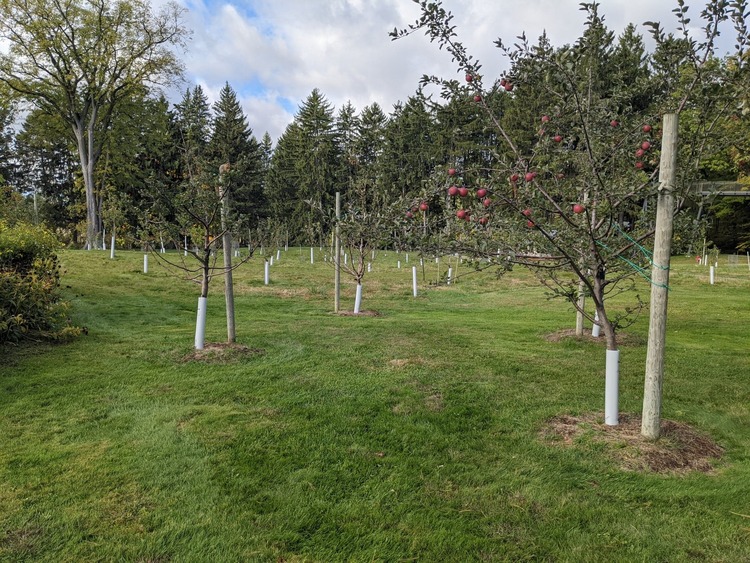 Herbert Dow began purchasing the property now known as Whiting Forest of Dow Gardens in 1905, for the purpose of expanding his apple orchards. The main goal of Herbert’s orchard was progress, not profit. He experimented with ways to improve production, care for the trees, and manage pests. He kept detailed records of his findings, noting which cultivars did best under local growing conditions. Driven by his passion for creating a better product, Herbert shared his findings with leading pomologists, university professionals, and local fruit growers within the Great Lakes Bay region.

At its peak, Dow Orchard covered approximately 125 acres with 5,000 trees and more than 100 different varieties. After Herbert’s death in 1930, his eldest son Willard directed both the Dow Chemical Company and Dow Orchards. One of Herbert Dow’s original Red Delicious apple trees still grows in the orchard today.

The 2-acre orchard that you see before you was designed in the spirit of Herbert Dow, featuring 250 trees and 94 different varieties, including both heirloom and modern varieties. As you step off the paved pathway and explore the orchard, the mowed trail will lead you through four distinct zones; Origin Apples, Early Domestic, Dow Homestead, and Modern.