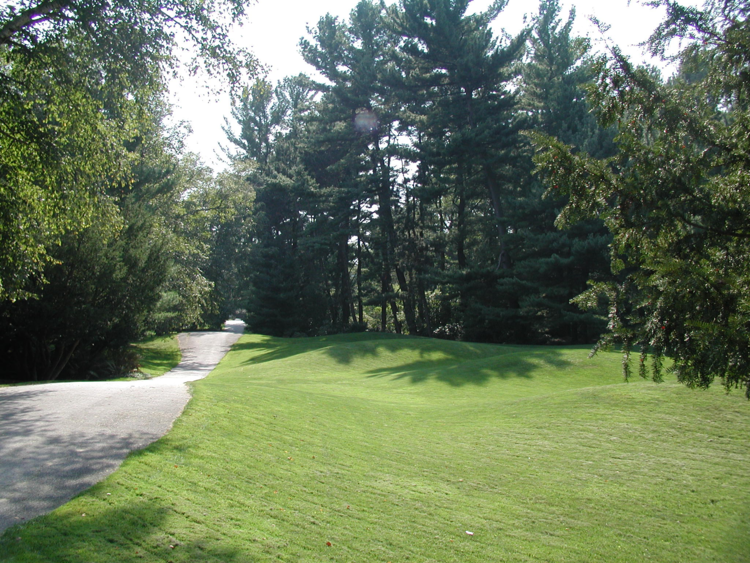 This area of the gardens was once a flat, open field that Herbert Dow used for growing muskmelons. Dow’s head gardener, Elzie Cote, became an expert at protecting the patch from mischievous local youth and would-be thieves.

According to an article in The Midland Republic on September 20th, 1907, “Mr. Thomas Griswold was at H.H. Dow’s the other evening. The two and Willard Dow walked out to see if anybody was meddling with the melons. Meantime Elzie Cote and Adam and Herman Winkler had thought of the same danger, and with guns had hid in the corn to watch for marauders. They heard the Dow bunch and opened fire in the darkness at close range. Eleven shots were fired and nobody hurt before they could make each other understand. Mr. Dow thinks the joke is on him.”

As the gardens transitioned from a private family estate to a public garden, Alden Dow designed these bumps as an interactive area where children can run, tumble, and play.