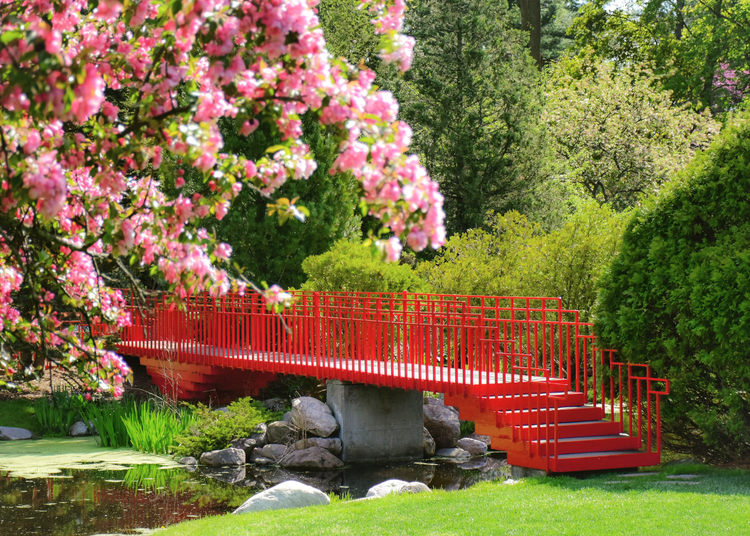 This red bridge was designed by Alden Dow in 1977 and has become an iconic symbol for Dow Gardens. Modeled after the red bridges that are often found in Japanese gardens, this bridge is the longest red bridge that Alden Dow ever designed and is one of 5 red bridges that can be found throughout the gardens. The vibrant red color is the perfect contrast to the lush green surroundings, as red sits opposite green on the color wheel.

Hidden near the Red Bridge Overlook, you will find The Maze. Herbert Dow originally used this area to grow crops of alfalfa and hay. A horse-pulled scraper was used to create an exciting maze of berms and valleys, which quickly became a favorite place for members of the Dow family to play and explore. A stick bridge was constructed to connect the hills but was later replaced by the art deco-style concrete bridge you see today. Vegetation was added to create a more private, intimate space.