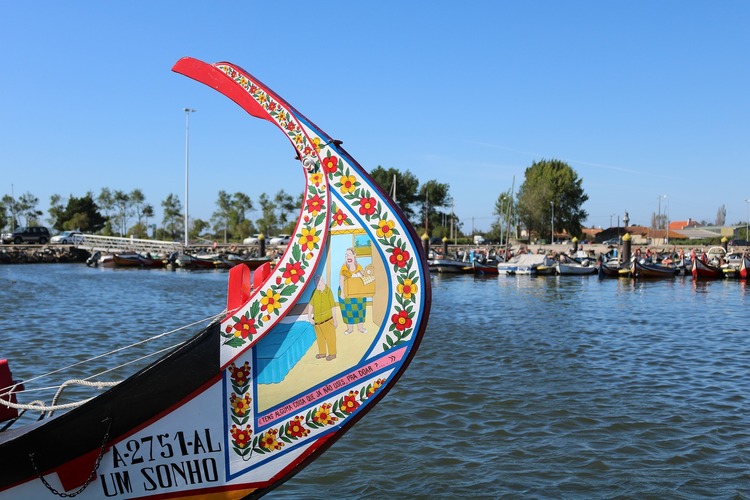 Moliceiros are traditional boats, similar to Venice's gondolas, that were originally used to collect seaweed, or "moliço" in Portuguese. They were in popular use for such purposes into the 16th century, up until a huge storm blocked the outflow of the Rio Vouga to the sea, and put an end to this trade. Today they collect tourists rather than seaweed and ferry them through the picturesque canals of Aveiro. They are often painted in bright colours and feature quirky cartoons or likenesses of Portuguese heroes like Amália Rodrigues and Christiano Ronaldo!

Prev Next
Aveiro, the "Venice of Portugal" with a famous sweet treat
HOME