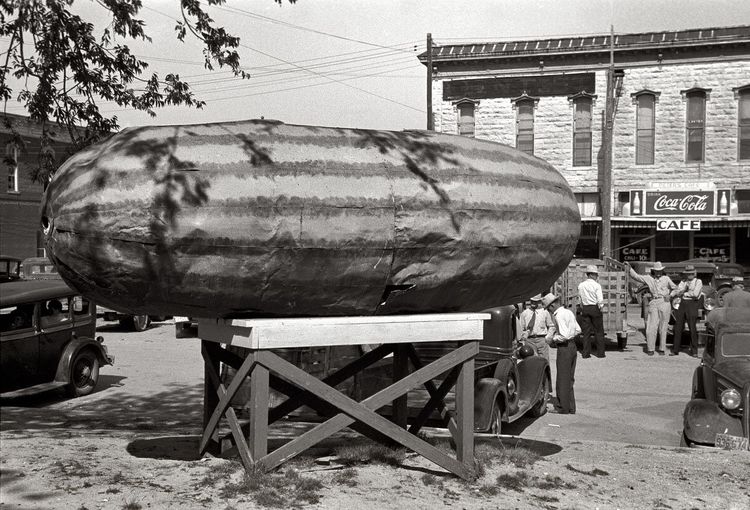 This railroad corridor not only transported visitors to Mineral Wells, it also transported agriculture produce from north and west Parker County to Weatherford. For over a century, Parker County was noted for its excellent quality of watermelons. T.A. Willhite began growing melons in the 1900s around Poolville, in the northwestern part of Parker County. It was in 1904 that this county first achieved distinction by winning first prize for both the size and quality of its watermelons at the World's Fair in Saint Louis, Missouri. The Weatherford, Mineral Wells and Northwestern Railroad transported many of these watermelons to Weatherford along this very railroad line.