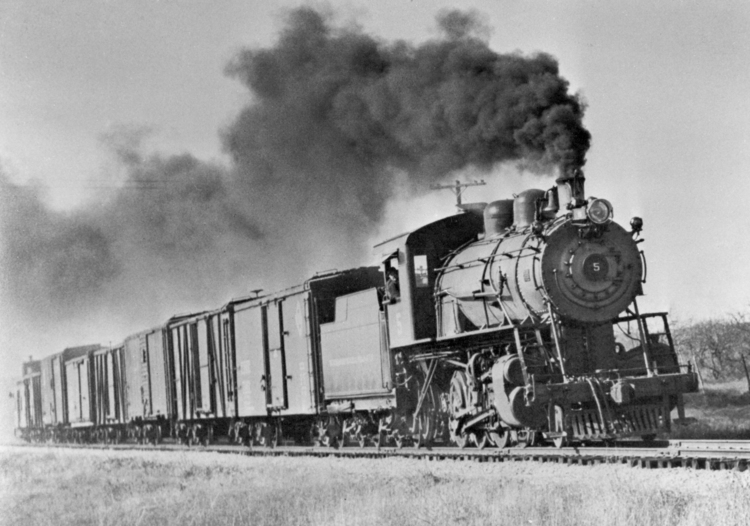 You are standing on the highest elevation of the trail at 1,235 feet above sea level. Rain water that falls to the East of here flows into the Trinity River system and to the West, the Brazos river system. Train Engine number 5 proved it was ‘the little engine that could’ by hauling, in one day, 125,000 tons of construction material for the Federal government to build Camp Wolters near Mineral Wells. Engine number 5 exceeded its 800 ton capacity by hauling part of the freight up the grade to this spot, leaving the cars on a siding. It then returned to pick up the remaining cars, rejoined the rest of the train for final delivery at Camp Wolters. This completed contract earned the railroad enough money to purchase a larger engine to handle larger construction material loads until Camp Wolters was complete.