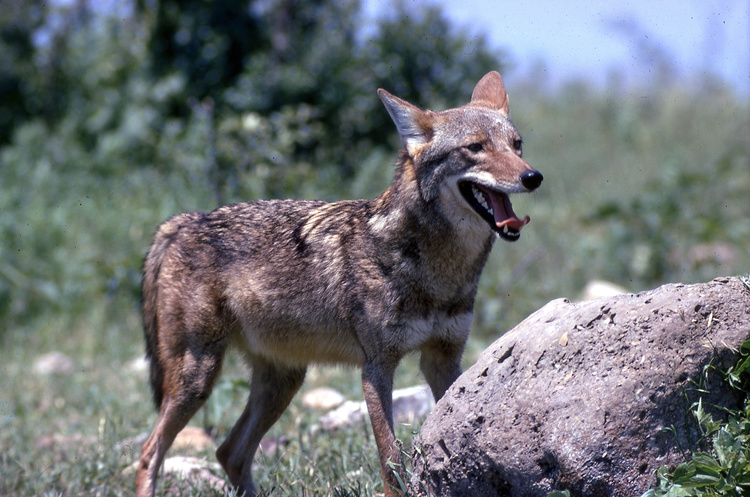 Coyotes on the Prairie

The Cross Timbers region of Texas has extensive open grasslands and brushy rangelands that occur along with its forests. To the South you can see an open grassland habitat where it is very common for Coyotes to be seen. Coyotes are very similar in size to a small German Shepherd and weighs an average of 25 to 40 pounds. They have long, slender legs, a bushy tail with a black tip, and large ears that are held erect. The Coyote's coat can vary, but it is usually gray or buff colored. They are primarily nocturnal and very opportunistic. Coyotes will eat just about anything. They feed primarily on rabbits, rodents and insects, but they also eat carrion, lizards, snakes, fruit, vegetable matter and even fish.