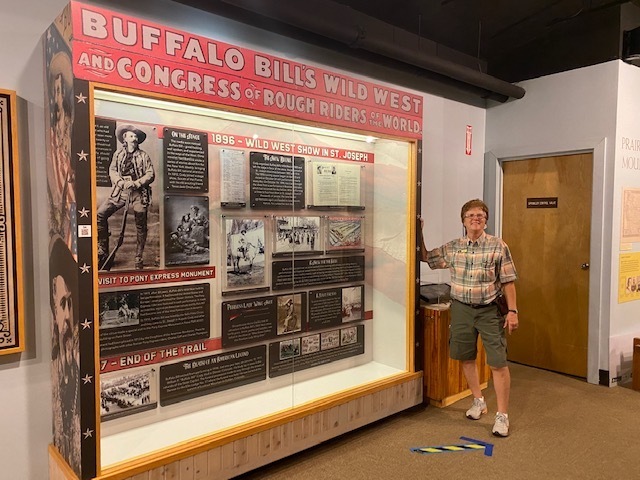 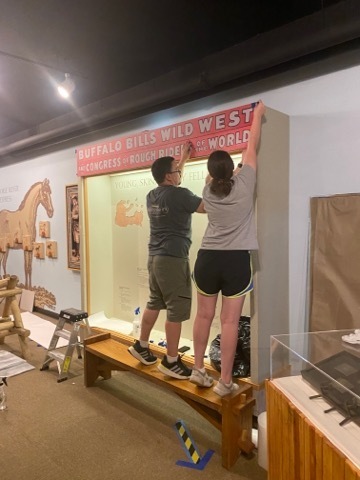 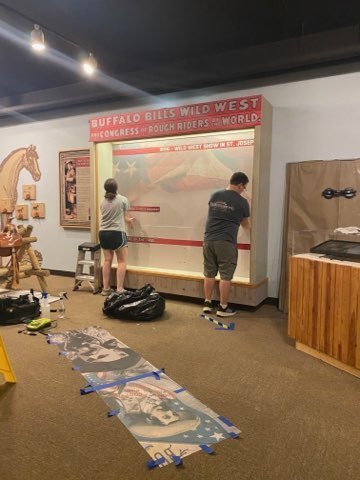 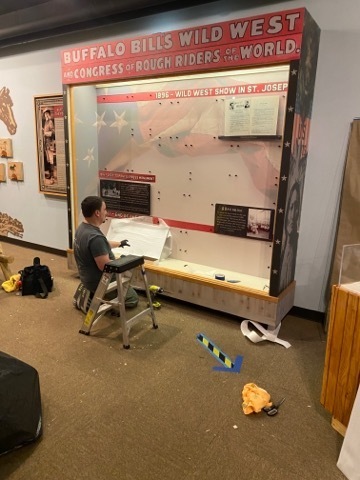 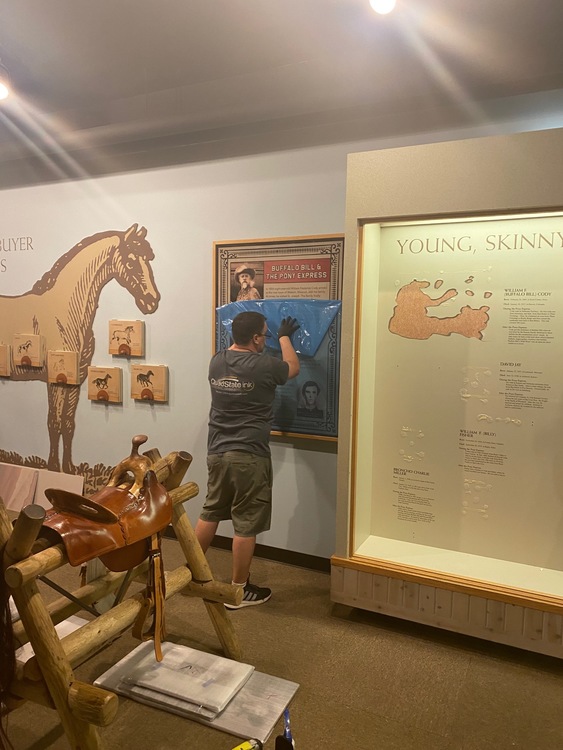 Between 1883 and 1914, Buffalo Bill’s show toured St. Joseph nine times.  The exhibit details some of the acts and the seemingly impossible task of putting on a show of this magnitude day after day on the tour.

Included here are photos taken during the installation of the exhibit.  Not only can you see how an exhibit comes into being, but also, you can see some parts of the exhibit itself.