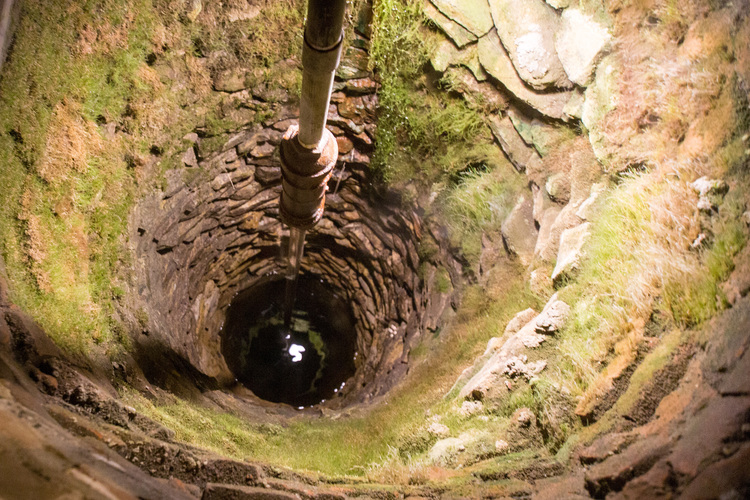 The well was originally used to water the horses. The well was capped in 1881. It wasn’t used again until the early 1990s when an archaeological dig uncovered the well. The well is about 20 feet deep and rises along with the Missouri River. In 1995, layers of brick were built on top to make the wooden platform, the the rest of the layers are original. The cased items on the wall were found in the well during excavation, including an 1881 penny used to cap the well. It had been used like a trash can and discarded items from the freighting company had been tossed in