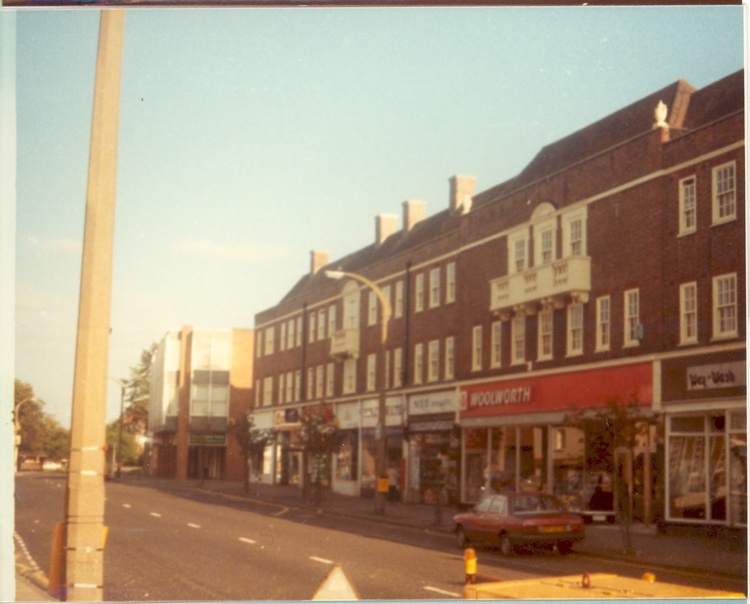 In the Victorian era, this part of the High Street was made up of a series of residential buildings, some of which were also businesses. This was the site of ‘E Cocks, Machine Printer’, a family-run printing works surrounded by other semi-detached houses.

As the years progressed, the high street became more commercial, and Woolworths decided to open its 760th branch in this premises in 1939. At the time, it was a store which had all the most modern shopping features and fixtures. The outbreak of the Second World War just months after the store had been completed, however, meant that its opening to the public had to be postponed, and the shop was boarded up with ‘Closed for Duration’ signs in the windows. It was instead used as a temporary headquarters by the Woolworth’s head office when their main office in the West End of London became inaccessible due to bomb damage to the building next door.

After peace was declared, Woolworth’s head office returned to London, and the Weybridge store was finally opened to much public anticipation in 1946.

Woolworths is now home to the Princess Alice Hospice. Visit the store to see the heritage trail panel.