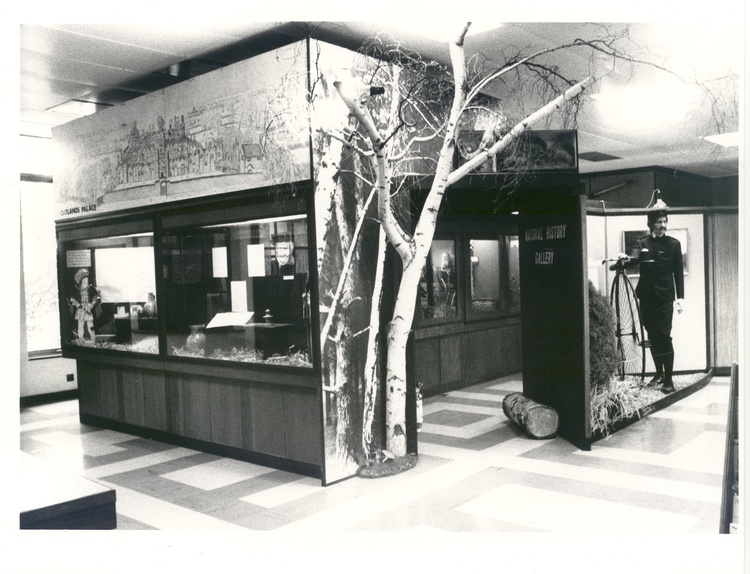 Weybridge Museum was initially founded in 1909, after a successful local exhibition put on by the Weybridge Society of Arts and Crafts. It was opened to much popular press by Sir Charles Holroyd, the Director of the National Gallery.

From 1966, the museum’s permanent home was moved to this building, with the various exhibition galleries covering topics from Oatlands Palace to Victorian Childhood and more, on the floor above the library. It was in 1965 that permanent staff were first appointed, to preserve the collection of over 40,000 historic items and run the community events that the museum put on, many of which were arranged in collaboration with Weybridge and Walton Libraries. Public lectures given by museum staff were often delivered at these library venues, as well as craft events for children, for which colourful posters still survive in our collection.

The museum became Elmbridge Museum in 1991, with its gallery above Weybridge Library until 2014. Elmbridge Museum is now a forward-thinking outreach service, with an active online offer and displays in community locations across the Borough.