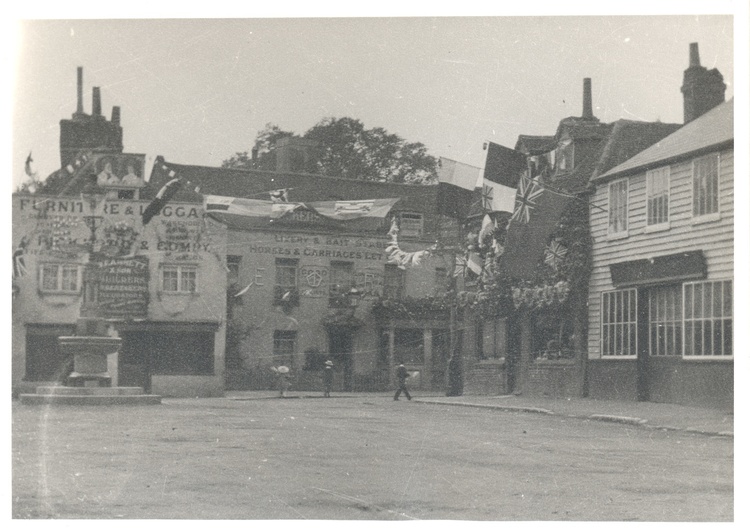 In the early 20th Century, the crossroads at the top of Hepworth Way was only a T-junction between Church Street, Bridge Street and the High Street. Anyone approaching it from Church Street would have been faced by a row of buildings which no longer exist, rather than the entrance to Hepworth Way.

One of these buildings was The Duke’s Head Public House. Established in 1792, the pub was at the heart of community life in the High Street for over 150 years. It appears repeatedly in Elmbridge Museum’s records, at the centre of local events such as the celebrations for the coronation of King George V in 1911, in which the pub was heavily decorated with flags and bunting.

Later, in the mid-1900s, the pub was run by Mr and Mrs Parsonson, a couple who were equally as involved in their local community, and often fundraised for local organisations through their pub. The buildings were demolished in the 1960s to make space for Hepworth Way, which was developed into the main road which can be seen today when the new shopping precinct was created in 1965. A replacement Duke's Head pub was built in Hepworth Way, and it appears in the 1973 horror blockbuster, 'Psychomania', which was shot in Walton. The pub was closed in 2005 and also demolished.