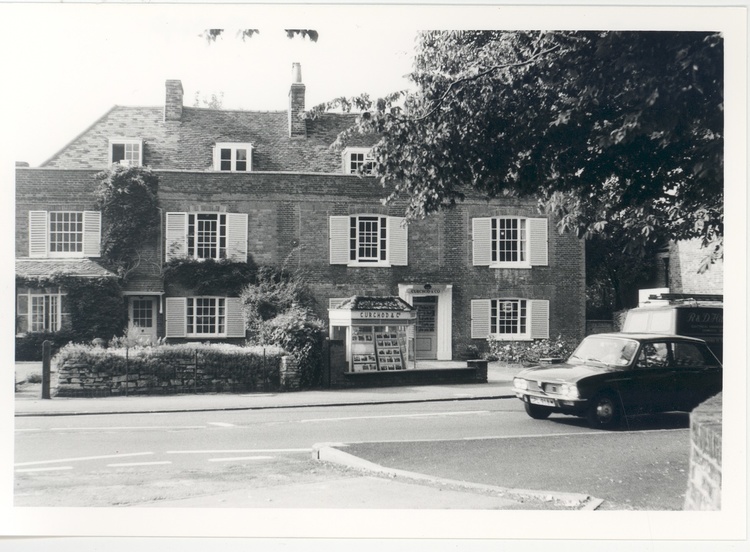 In the 1670s, - when Charles II was on the throne - Thomas Howard, the Duke of Norfolk, rebuilt a grand mansion in Weybridge which had belonged to his wife, spending a huge £10,000 on the project.

King James II bought the property from the Duke's widow in 1687. He gave it to his mistress, Catherine Sedley, the Countess of Dorchester. After the king’s abdication in 1688, she moved into the estate's Dower House - pictured above - which was built against the garden wall of the main property. Her marriage to the first Earl of Portmore David Collyear in 1696, saw the entire estate renamed Portmore Park, with both the main house and the Dower House being known as ‘Portmore House’. The Earls of Portmore continued to live at Portmore Park until 1826, after which the main house was demolished. The location of this surviving Dower House is particularly significant because it is just opposite the site of the Portmore Tomb, which can still be seen in the centre of St James’ Churchyard.

Portmore House (the Dower House of the former estate) is now home to Curchods.