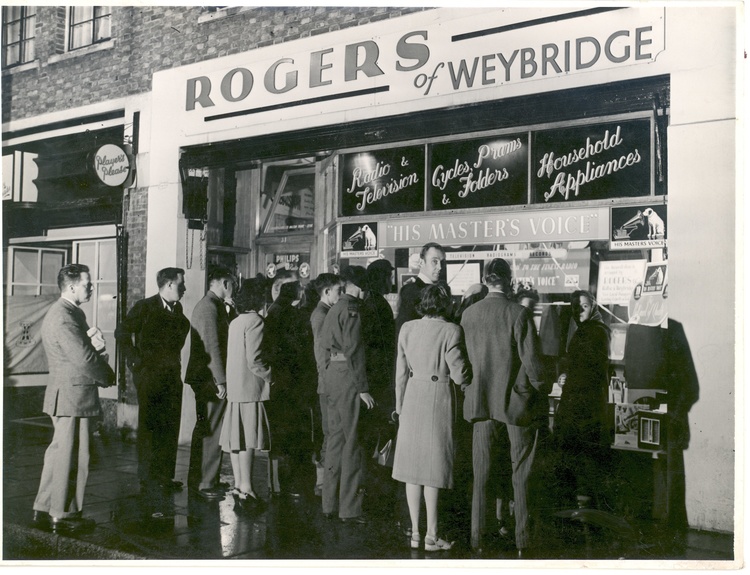 'Rogers and Sons' originated at 56 Weybridge High Street. It was initially run by Ernest Rogers as a garage and motor store. The family often advertised their business at local events, using their van and its address system of loudspeakers.

After the acquisition of Seaman's butchers next door in the 1930s, they extended their offer to include the sale of radios, gramophones and other technology - many of which are now preserved in Elmbridge Museum’s collection. Eventually, Mr N Rogers took over the technological side of the business, and opened up another branch selling electrical goods at this premises at 51 Walton High Street.

It was here they drew in crowds to their window displays when they started selling televisions in the 1950s. N Rogers was clearly passionate about the items he sold: family scrapbooks were meticulously curated, including cuttings from every newspaper in which the business had appeared. N Rogers also had a habit of constructing and fixing radios in his garden shed. The shops never made it into the new century, with both branches closing in the late 1900s. The Weybridge store was knocked down, and later redeveloped into the current Waitrose site.

Rogers and Sons is now home to Rentstart, a charity helping local people in Elmbridge who are homeless or vulnerably housed. Visit the building to see the heritage trail panel.