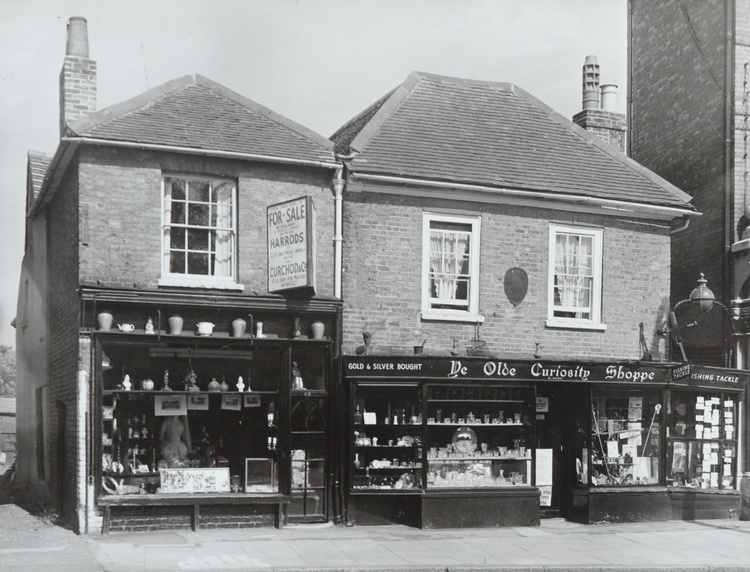 As one of the oldest shops in Weybridge, this store has witnessed much change. There is first mention of curios being sold at this site in the late 1660s, during the reign of King Charles II. Nearly 200 years later, Thomas Cooper opened the first grocery in Weybridge here in 1856. His wife and daughters were milliners, and sold their hats from a smaller shop adjoining the main building. In 1886, the Gem brothers took over the building, turning it into an antiques store. They stayed here until the 1950s.

In 1965, Leslie Richardson and his family took over the site. The shop became 'Church House Antiques', to much popular local press coverage. Since opening, the family business has seen remarkable highs. Many famous clients have visited, including members of the Beatles and prominent celebrities. It has also withstood shocking challenges: in April 1985, the shop's proprietor Wallace Foster was shot three times by armed robbers. The incident was very widely reported and was shown on Crimewatch.

Miraculously, Wallace recovered, but died in January 1989. His wife Mary has continued to run the shop, having now been here for over fifty years.