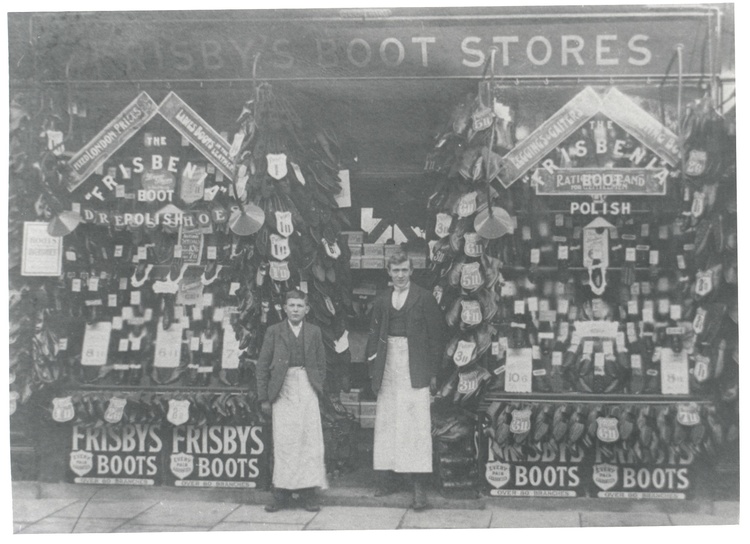 On the 29th August 1907, Harry Ruffle and Alice Barr were married. The couple moved to Weybridge, and Harry swiftly became the manager of Joseph Frisby Ltd., a shoe shop at 8 Baker Street.

A year after the First World War started in 1914, and just two years after the birth of the couple’s son Sidney, Harry enlisted into the British army. Alice was left as the acting manageress of Frisby’s during his absence. Tragically, Harry was killed in March 1918, leaving Alice a widow on a pension of just £1 and 5 shillings per week. To make matters worse, after the end of the war, Alice was dismissed from Frisby's. Outraged by this decision, she set up her own business, A. Ruffle’s, selling boots and shoes. Ruffle's was on the opposite side of the road to Frisby’s, and in direct competition with the store. To find out about the story of Ruffle’s shoe shop under Alice’s management, head down the road to 41 Baker Street.

Frisby's is now home to Weybridge Antiques, and the heritage trail panel for this stop is at Maya Bakery next door at number 10.